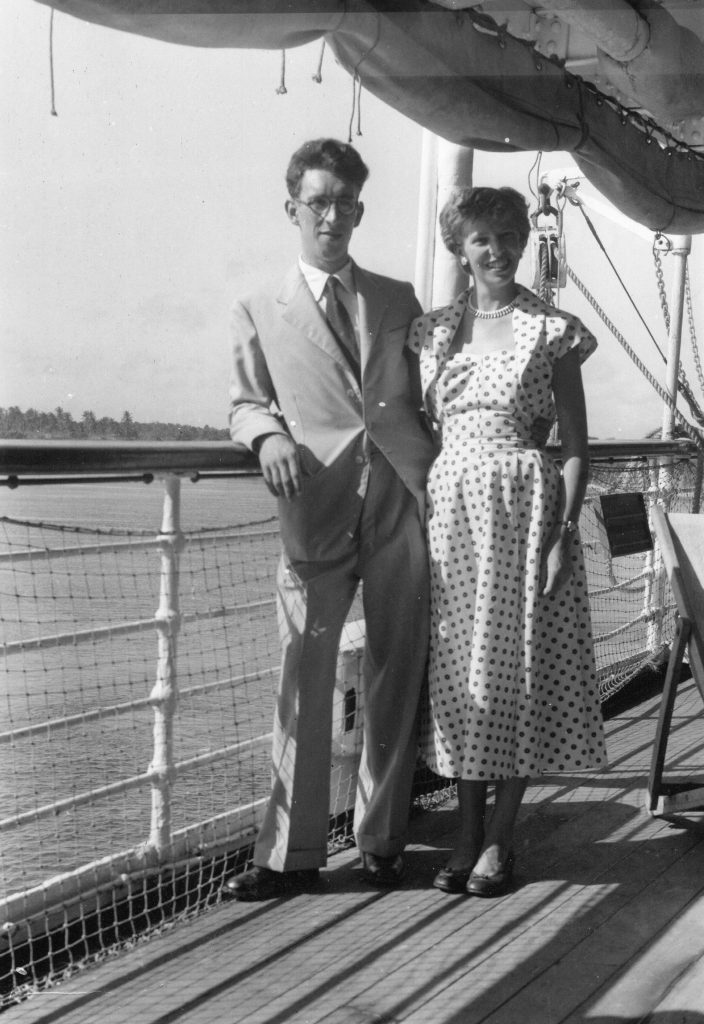 Mu, my mum, died in August this year. She had been ill for a year and I am glad she is no longer suffering, but I am immeasurably sad and miss her so much. Without her I wouldn’t be here (obviously) but also without Mu and Eric’s rubbish shower I would never have started this blog and you lot wouldn’t have had a year of showering variously let alone seven years’ worth…

So, in Mu’s memory I thought I would reprise some of the times she has appeared in the blog in a series of snippets, just like we did at her funeral (though that was snippets of Mu’s life, not snippets of the shower blog just in case anyone is confused). Mu loved the shower blog and read it diligently – that’s Mu for you, always supporting her kids in their literary endeavours, however misplaced they might be!

A year of showering variously began in January 2012 due to a particularly rubbish shower I was having at the Homestead, which is where Mu and Eric used to live. That shower was (maybe still is though I expect the new owners will have stuck a pump on the mains supply like everyone else along that lane) probably the worst shower in the world! With 2.2 litres at its best flow rate, it had a propensity to give up the ghost altogether at the most inopportune times due to air locks. I was attempting to wash my hair and after I had finally got my hair wet enough to add shampoo, the trickle of water disappeared completely. I had to get out of the shower and mess around with the bath taps to get rid of the airlock. I finally got 1.3 litres/minute worth of flow (dribble would be a more apposite word) back, and it was then that the idea of this shower blog was born.

That shower was so bad it reappeared years later (April 2018) in a blog about why I hate shower cubicles. No-one mentioned that shower cubicles are warmer to use, but that’s is definitely my perception of them. It’s far easier to turn the shower off inside a cubicle while you soap up because the cubicle warms up so quickly compared to a whole bathroom. Though on the flip side, I reckon you end up staying in the shower for longer because of the grim reality of leaving that warm steamy cubicle for the cold bathroom that awaits you. Even at Mu and Eric’s house with its trickle of a flow, and two minutes’ worth of shower, opening that cubicle door was not something to be undertaken lightly!

And again in December 2018, completing the circle, when it was more about Mu’s amazing ability to spot potential disaster in the slightest thing.  For those who remember, Mu and Eric’s shower was so crap it used to come out as little more than a dribble even at the best of times. In fact, despite my assertion in schools that all showers in the UK have a flow rate of at least 5 litres/ minute I should be saying ‘all showers apart from the one at Mu and Eric’s’ which, if it ever reached the giddy heights of five litres a minute, would have caused heart attacks all round from the shock. Or, (Mu’s scenario) that the hot water would run out at any second due to the sudden increase in performance leading to any users being drenched with cold water and catching their death of cold. 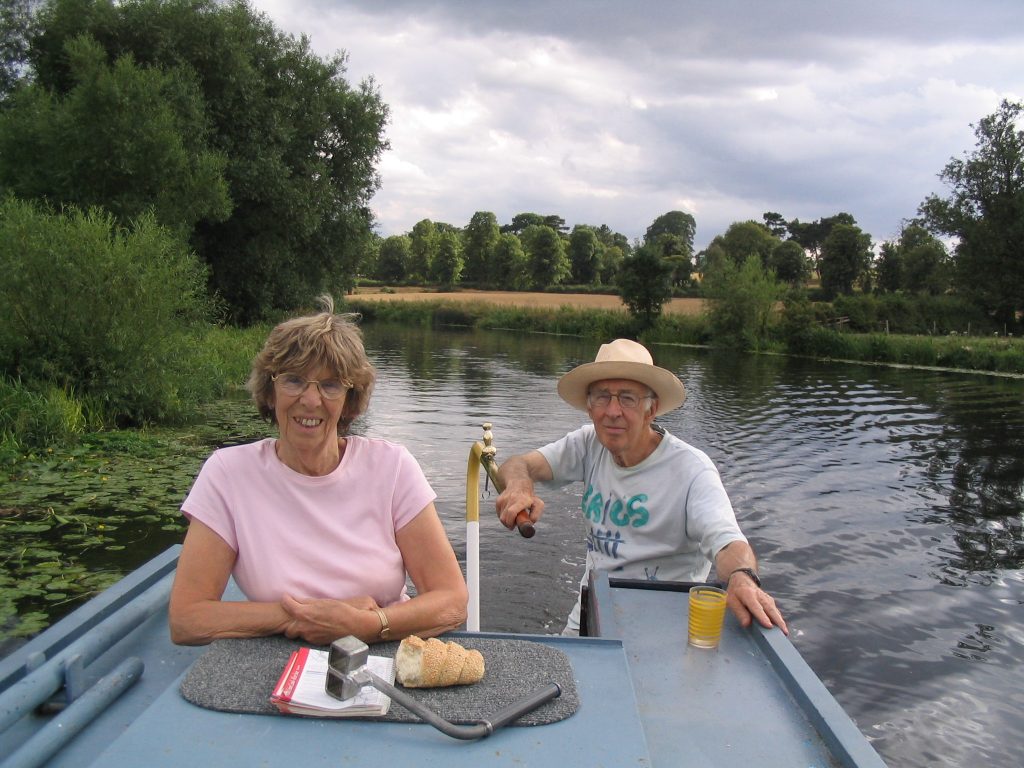 Mu happy to be on Protea with its rather fab shower

Mu’s first real starring role in the shower blog came in the fabulous showers blog of November 2013 when I asked her to nominate her favourite shower. It goes like this: Mu’s best shower was under a tree on the Gibb River Road in North West Australia, with Eric holding a sheet up to protect her modesty. Mu is not a cold shower person and for the preceding two weeks, that was all that had been on offer, other than a wipe over with a flannel or a dip in a pool with a couple of crocodiles. They were heading to my brother’s house in Broome and Mu had been dreaming of a hot shower ever since Day 1 of the trip. Still 24 hours out from Broome, Chris arrived with a beetroot birthday cake for Eric, a roast chicken, and, best of all, one of those camp shower bags that you heat up in the sun so that his mother could at last have a decent shower. (Before anyone says “aah what a perfect son”, just remember he moved twelve thousand miles away, while I am just two hours down the M1.).

Mu not showering in space

In December 2013  I explained how I had been contacted by the MIR space station and offered to try out their shower. There then followed a description of how you shower in space, a short history of showering in space and some excellent YouTube links to astronauts (not) showering in space. It instantly became one of my top three blogs of all time. Mu said wasn’t it amazing that the astronauts were reading my blog. (Awww, bless her!) I put that misapprehension down to an unfailing confidence in her eldest daughter (and yeah, possibly, just a bit, to her age). But it started a bit of a running theme…

In December 2014 in a blog about the Amphiro polar bear shower display: … Hard-core showering in the extreme. Though (having learnt from my showering in space blog) I would like at this point to add the rider that – “No Mu, I haven’t been showering with real polar bears, so rest assured your eldest daughter will still be around for some time writing random ramblings on all things showery.”

And then again in September 2015, showering with the Neanderthals: Well, obviously not actually showering with them! After all they were obliterated some 40,000 years ago and not even Mu (my mum for those new to this blog) would believe that tale from her oldest daughter. Though, as I constantly enjoy reminding her, she was very impressed with my invitation to shower in space and a bit embarrassed when it turned out to be not completely true but rather a literary device. 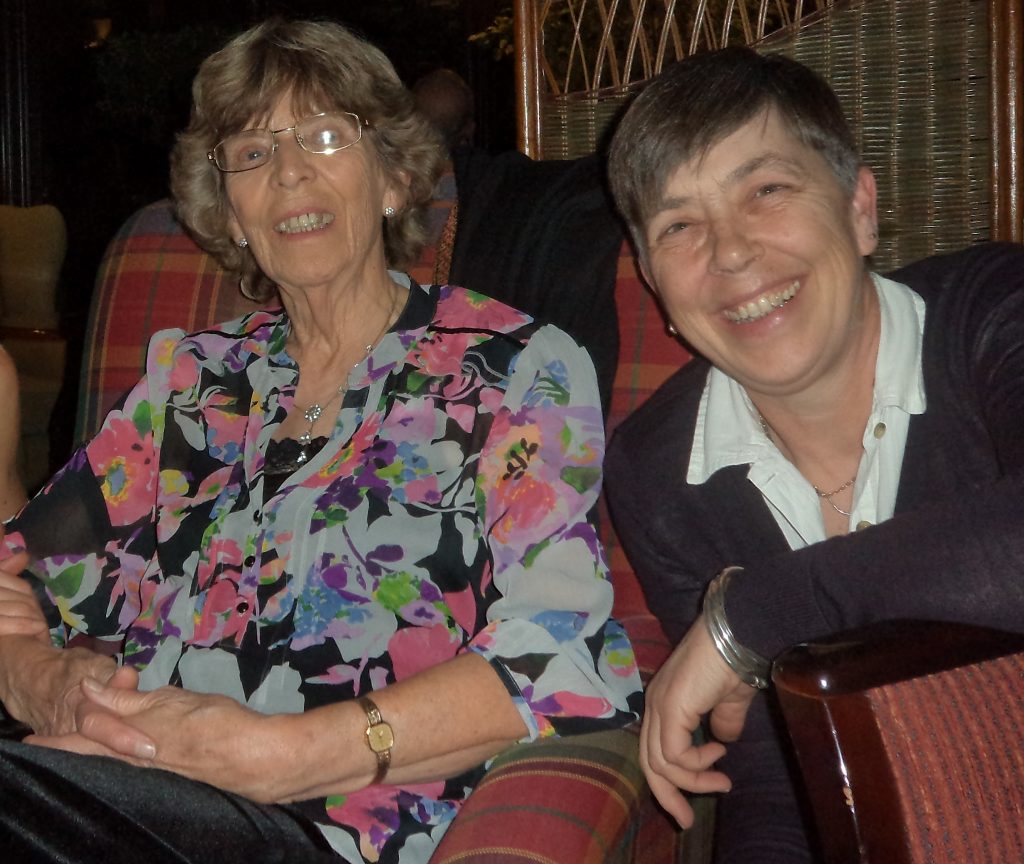 Mu and me sharing a joke about not showering in space

In 2016 Mu and Eric downsized and moved into the centre of their village when everything shower related changed. The pressure increased (from less than 1 bar at their previous home to a massive 3.5 bar). Moreover, the shower was now fed directly from a combi boiler instead of the previous CWSC balanced on a pile of bricks in the loft set-up. This resulted in a really satisfying shower in their new walk-in enclosure and still with the ability to set the temperature and the flow rate separately with a thermostatic mixture shower.

But then Eric was having trouble working the controls and was showering less and less so the brains trust decided on a shower control that was simpler for him to use. And from there it all went downhill. Because, for reasons unknown Mu and Eric have ended up with a shower that is not thermostatically controlled at all. You can have a sensible flow rate if you are willing to have a cold shower but if you want a hot one (or even a warm one) you have to ramp the control all the way up until you are hit by piercing needles of water that are super uncomfortable and flood out of the large shower enclosure into the rest of the bathroom.

And finally, in February 2018 in a blog about water vapour I reprised Mu’s favourite joke: … back to the question I asked at the start. What weighs more, a tonne of feathers or a tonne of lead?

Well, they both weigh exactly the same obviously, i.e. one tonne. It’s just the amount of space they take up that is different. Or as Mu (my mum) used to say…a tonne of lead if it fell on your head!

RIP Mu. I love you and I miss you.