What follows is a selection of interviews, either written or verbal (and one TV appearance!) featuring Cath discussing sustainable water solutions (usually) or ‘The mysterious case of the sinking flamingo’ or her career path. 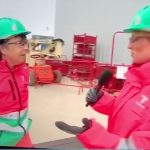 Sewers for the 21st Century – The Thames Tideway Tunnel

In London, 39 million tonnes of raw sewage ends up in the River Thames each year – the effect of excess rainwater in the combined sewer system that covers most of the city. Just 2mm of rain is enough to trigger one of these events in some areas of the
Read more
September 2018

Why do engineers hate plumbers? Is it because we are just better at parachuting and chatting to royalty than they are? Pip Jeffries (Civil Engineer) reckons so: ‘Watch the fabulous Cath Hassell putting us engineers in our place!’ Complete with three out of three laughing emojis. Result!
Read more
March 2017 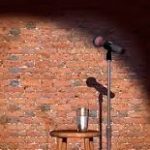 Under her stage name of cath-rhymes-with-bath-hassell, (though apparently it doesn’t in London) Cath will be doing a stand-up slot on Jan 16th as part of Engineering Showoff To ensure she actually fronts up she has also set up a site where you can donate to twin your toilet with any other toilet
Read more
December 2016 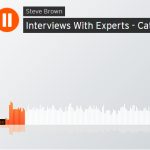 Cath talks to Steve Brown of the BRE as part of the 'Interviews with Experts series', about WC use in schools, why it is not the industry standard three times a day, and the knock-on effects of this research.
Read more
September 2015 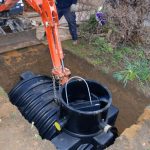 Following the success of her water podcast, Ben Adam Smith and Cath catch up again to talk about rainwater harvesting and a certain flamingo who likes four minute showers.
Read more
January 2015 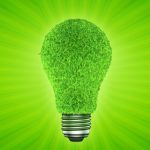 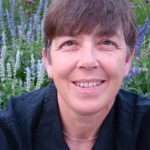 Listen to Cath burble on about all aspects of water on this podcast with Ben Adam Smith from House Planning Help.
Read more
November 2013 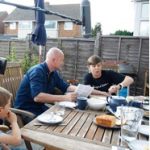 As shown on “Drinking Our Rivers Dry?” on BBC Panorama the McRobie family reduced their water consumption by almost 50%, from 443 litres to 227 litres a day. What the programme didn’t show was how they did it.
Read more
September 2011 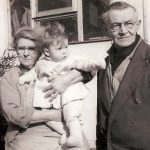 From sewers to solar

For a light-hearted look at Cath’s progression through her career look at this presentation.
Read more
January 2011