This time last year I was using the designs of pupils in Kelmscott and Latymer Secondary School as part of Designs to shower shorter Part 1 and Part 2 . Now a whole new pile of teens have addressed the conundrum of how to stop their peers killing the polar bears. If that sounds rather alarmist and an unnecessary guilt tripping of teens then let’s consider a few facts.

That’s pretty stark and should concentrate the minds of everyone who has long showers, not just adolescents. It certainly worked for a lot of the students with polar bears and their demise featuring strongly in both initial brainstorms and final designs.

One group decided no beating about the bush re the link between showers and the polar bears. Their messages of doom begin appearing after just two minutes in the shower, and even before four minutes had elapsed (when you got blasted by cold water) you had been (sardonically I assume) applauded for being a murderer. Another group combined the image of a dying polar bear with the massage to ‘Get out before the polar bear dies’. Others were more subtle – the polar bear got mentioned but not its imminent death.

I especially like the randomness of this brainstorm – certainly they followed the rule of ‘write down every idea you can think of’! So the slightly dodgy idea of filming the teen under the shower so they got out made it into the first iteration, along with a warm (and surly fluffy) towel, neither appeared in the final design; what did was the ‘polar bear’ shower curtain, with matching ‘polar bear’ bath mat. 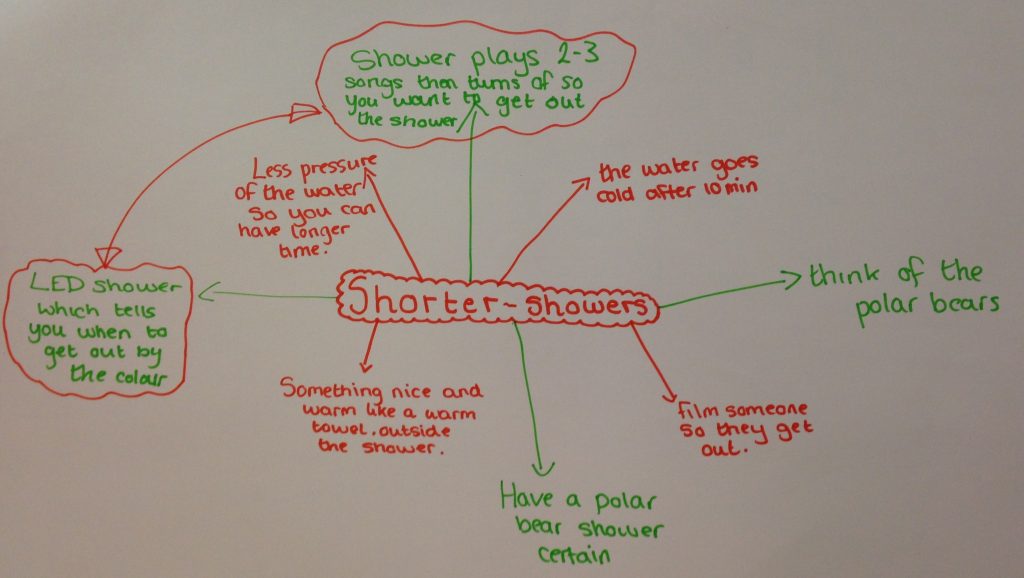 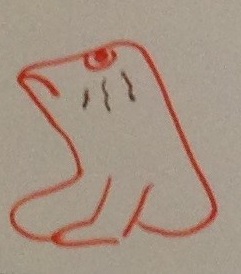 Once the students got onto the actual designs we began to get pictures of polar bears, some of which left a bit to be desired if we are being brutally honest…. After all if you just saw this I doubt that ‘polar bear’ would be the first thing that sprang to mind. Even once you know that it is it’s still a stretch. If you squint at it in a certain way and concentrate hard enough you can possibly see a polar bear off to a fancy dress party dressed as a frog, but really that’s about as close as I could get.

However, the pictures got better, culminating in this one who has seen terrible things but is still prepared to put on a hat and party!!! 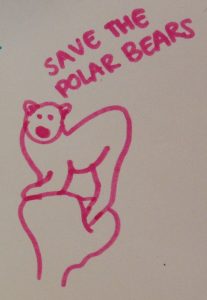 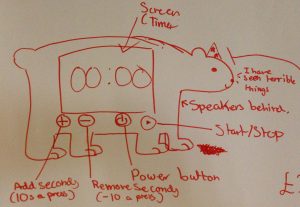 And then some designs didn’t mention the polar bears at all and instead went for rewards such as chocolate This one interspersed the chocolate reward with the water turning cold and then explained how lucky you were to get a cold shower cos it was really good for your health!! (Which is true but I’m sure 99.9% of all punters would prefer the free chocolate bar.) 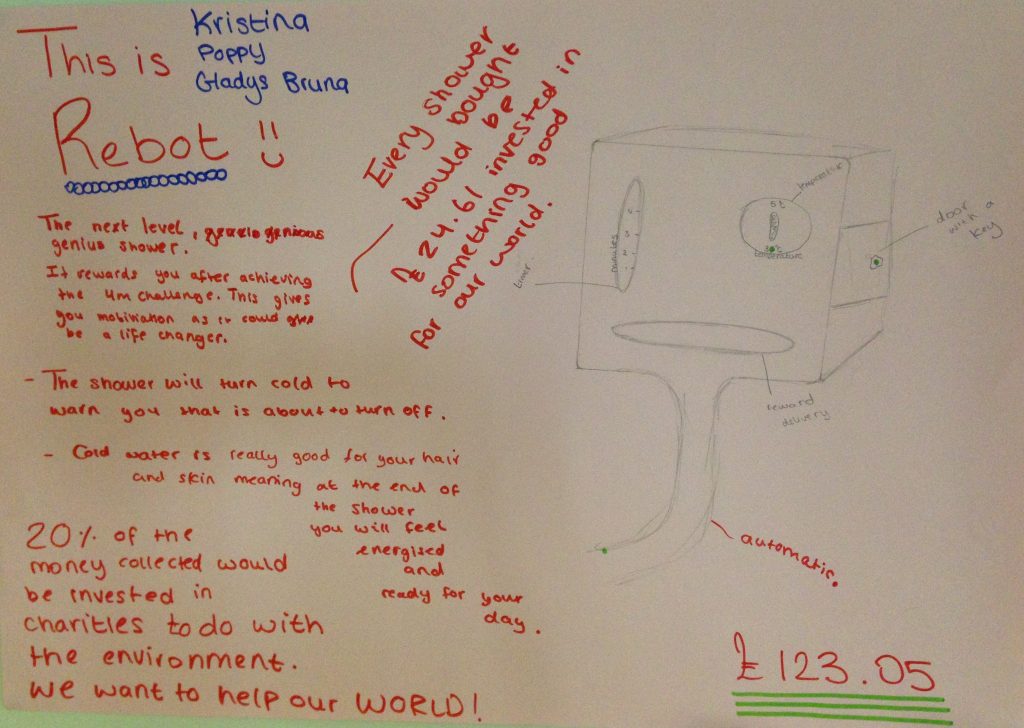 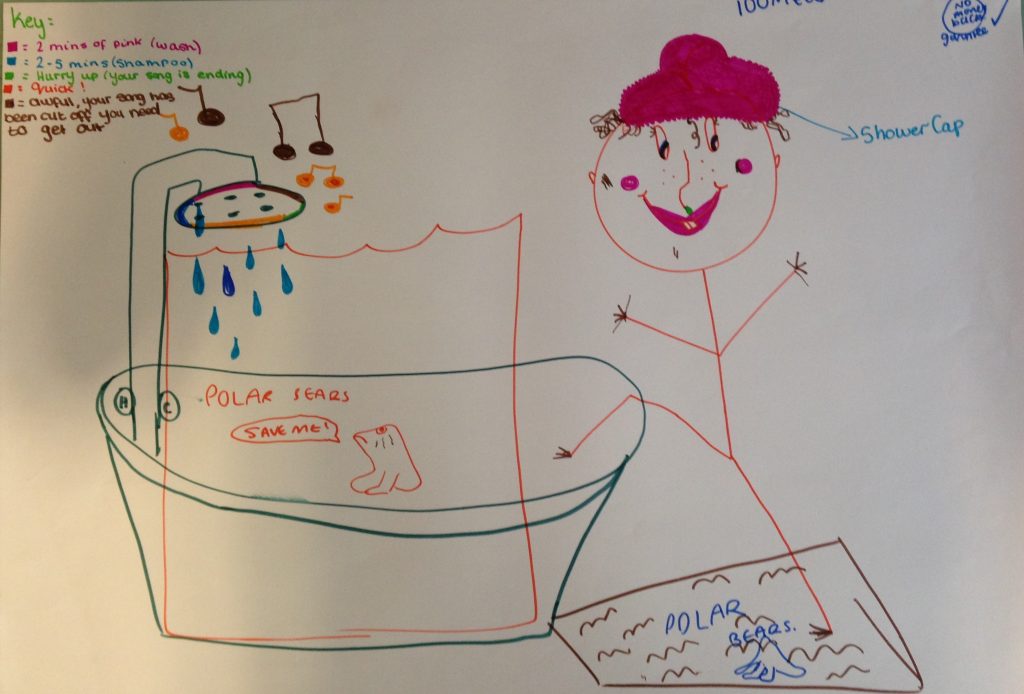