Back again at my nefarious activity of nicking the designs of the yoof! (Part 1 was back in July) 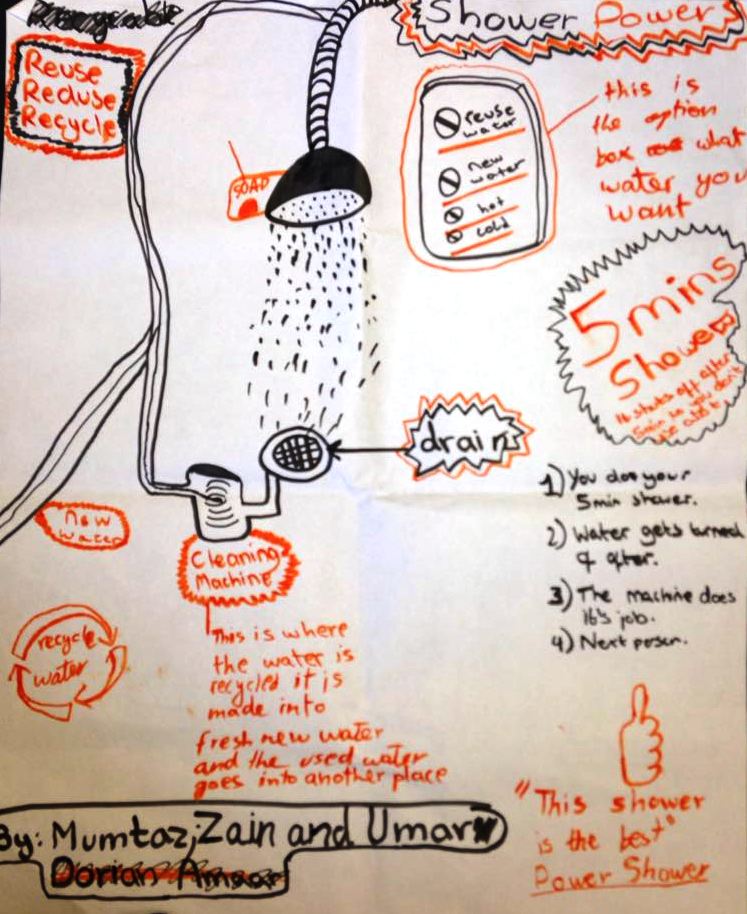 This is a rather impressive offering from Mumtaz, Zain and Umar. Not quite sure why Dorian and Amaar got bounced out of the group… but hey… There are recycling showers (which this is) already on the market but very few. I blogged about the CINTEP recycling shower back in April 2014. It was awarded an invention of the year in 2012 but never really sold that many units .And in fact recycling showers are still pretty much stuck at the concept stage five years down the line and have now been overtaken by the far simpler wastewater heat recovery concept of using the heat from shower water as opposed to cleaning and re-using the actual water. (See my blog about those types of showers here.) One of the main customer reluctance to any type of recycled water for bathing is the perceived yuck factor of showering in someone else’s used water. The CINTEP shower as part of its USP proudly proclaims, ‘You never shower in someone else’s water!’ Which is polar opposite to this shower where you certainly do… But the concept and the detail can’t be faulted from a group of thirteen year old lads with a ten minute window of design time. 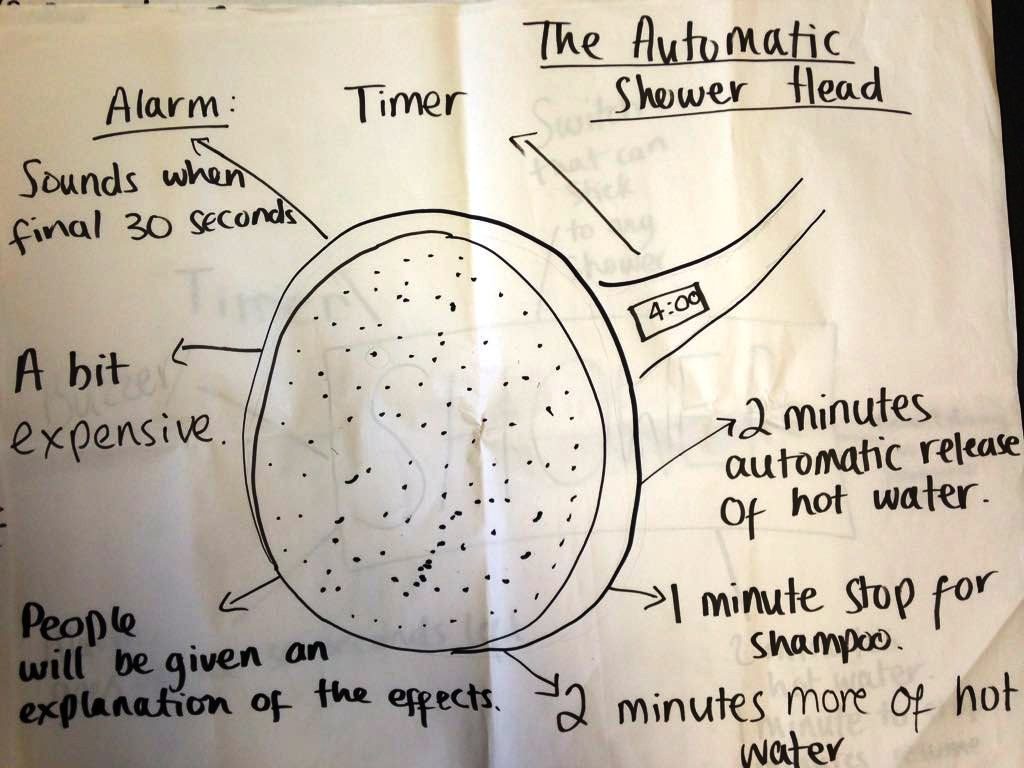 I think that the UK should be pushing far more rigorously to get people to turn the shower off while soaping or shampooing up. This shower head ensures that happens with its mandatory one minute stop for shampoo. Ideally I guess you would need a shampoo/conditioner mix for it to work best (even if Safa tells me they aren’t any good!). I think the comment ‘a bit expensive’ is if its compared to the bog standard plastic four minute shower timer, against which anything is going to look well bling bling. Or it could be that ‘the people will be given an explanation of the effects’ is an informative video that comes on automatically when you shower… That would indeed increase the cost massively but, on the plus side, would send most teens racing to get out of the shower ASAP! 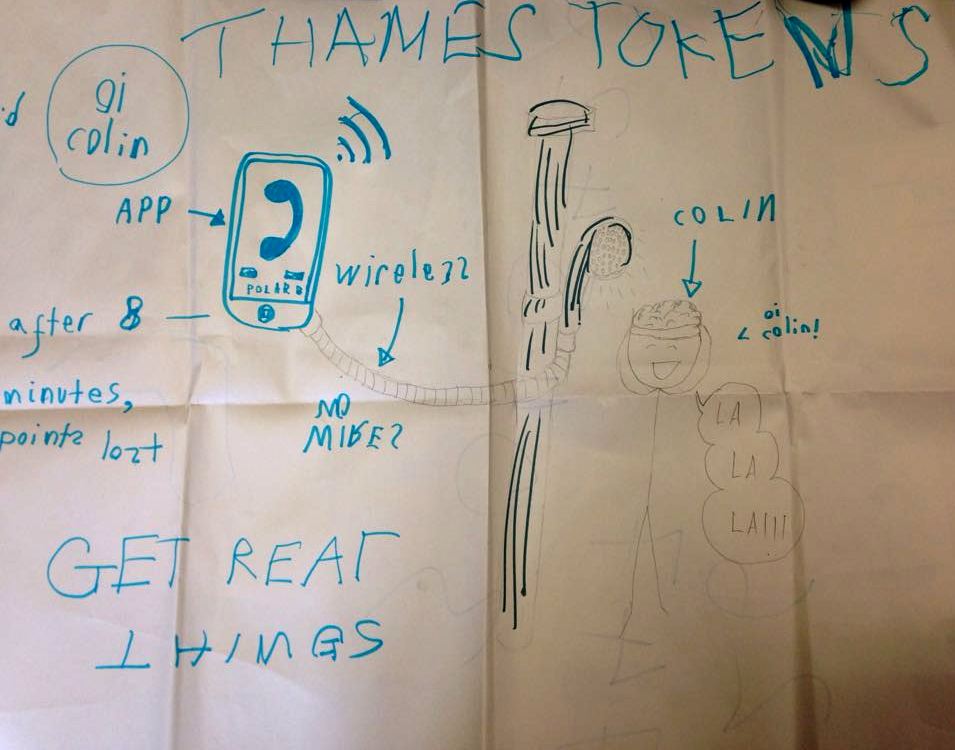 And then we move onto the ‘Oi Colin!’ shower, my out and out favourite of these three. Mainly because it takes Colin out of his usual habitat of using the loo as a bin into another scenario where he becomes the poster boy for yet more bad behaviour! I love the fact you build up Thames Tokens whilst you shower.(And I bet Thames Water’s PR department wish they’d thought of that first…) Note that if, like ‘Oi Colin!’, you shower longer than eight minutes you start to lose the points you have accumulated. And the best bit if you sign up for this app? You get REAL THINGS if you shower shorter. Yep, merely topping a table of your peers just doesn’t cut it for the designers of this shower… (Water companies – take note!) 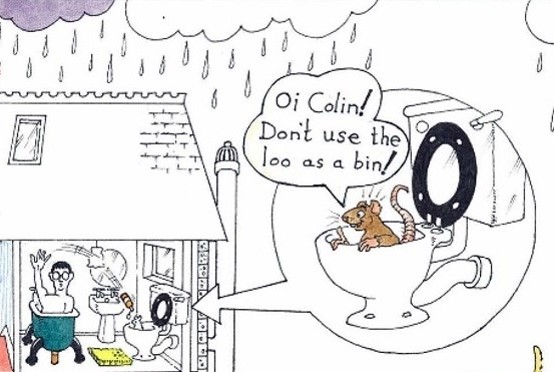