Regular readers of this blog will probably recognize a pattern here. Every time I am short of a blog I gather a whole pile of shower bits and bobs together which have piqued my interest but don’t really merit their own blog. I had thought to purloin some more ‘How to shower shorter’ designs from the yoof but realised I’d already covered the best ones here and here. So until some more D and T classes that one has to be put on the back burner….

Stat of the month

86% of the UK’s households have at least one shower. Which means 14% don’t. From our work over the years with Housing Association tenants a lot of those households would really like a shower but their HA won’t fit one. Surely its time that the HAs in question revisited that decision. 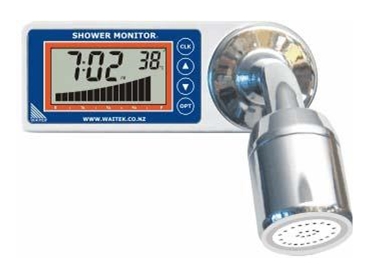 I love my ‘save the polar bear’ shower from Amphiro but it doesn’t bother Sam (aged 14) that she is killing the polar bears. I often rationalise this failure of behaviour change that Sam hasn’t grown up with us so hasn’t had me drip dripping the death of the polar bears into her psyche since the age of three. Though as most parents of adolescents will confirm, one day they are a child, the next day an adolescent with virtually no memory of their previous life and all the good habits instilled therein! Given that fact I wonder whether something like the Waitek shower monitor would be more successful? Emits a persistent beeping sound after a pre-set time. Would need to be a loud beeping so it could be heard over Capital radio blaring away but possibly worth a shot.

Mentioning teens and showers reminds me that Colin, of EC1 bathrooms put in a whole separate hot water cylinder for his teenage daughter’s shower, so fed up was he of going to have a shower only to find there was no hot water left!!

The rise and rise of shower gel 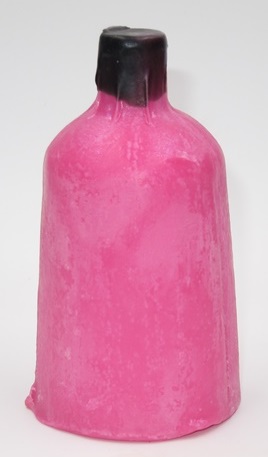 Until Sam came to live with us you never saw shower gel in our bathroom unless Lyds came to stay. Now the shower gel and soap jostle for space side by side as Sam is aghast at the idea of using soap. I think shower gel is just completely wasteful, both in how quickly it gets used up and the plastic bottles it comes in. But why is it so popular? I did a quick bit of googling to find some numbers. Sales of bar soap have fallen 40 percent since shower gel was introduced in 2003 (US figures) and 70% of Canadians now use shower gel instead of soap. The main difference between liquid soaps and shower gels is that gels don’t contain saponified oil but have a mostly petroleum base. They also contain numerous chemical ingredients which help easier cleaning of skin, better lathering in hard water areas, do not leave mineral residue on the skin and bathtub, are in a balanced PH state so they don’t irritate the skin, and most contain moisturisers.

So some interesting pluses there then, but still the issue of the plastic bottles. So I was intrigued to come across this new product from Lush – naked shower gel! It’s made from the same ingredients as their shower gel but with sodium stearate which thickens and helps harden the mix, eliminating the need for packaging. Unfortunately it hasn’t had brilliantly great reviews, too large to hold and slippery being the two main complaints. I’m sticking with soap but hope the idea catches on. 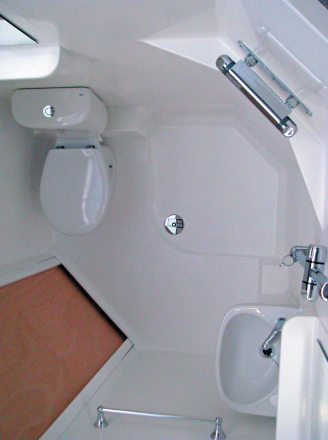 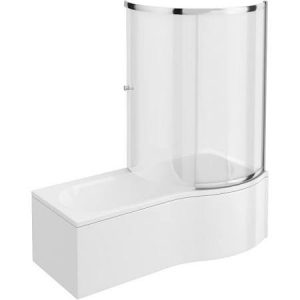 Back in 2013 I had my first shower pod experience, which since I haven’t blogged about it in the intervening five years hints at me not being blown away by it. It was at the AECB conference in Bradford and was in a halls of residence. The shower pod was small and I mean really small. No space for a towel rail but the main disadvantage was the juxtaposition of the toilet and the shower meaning that the toilet got showered as well as me.

Also back then I had my first shower in a shower bath – the ‘fastest growing sector in the bath market’ no less. Basically it’s a bath with a bit of a bulge at one end to give you more room for showering. I think it’s a good idea though wouldn’t swap an existing bath for it. But I do quite like the wrap-around screen.

It has long been stated that people are poor are estimating how long they spend in the shower. However research by the Energy Savings Trust in their excellent report At Home With Water showed that most people are fairly accurate. 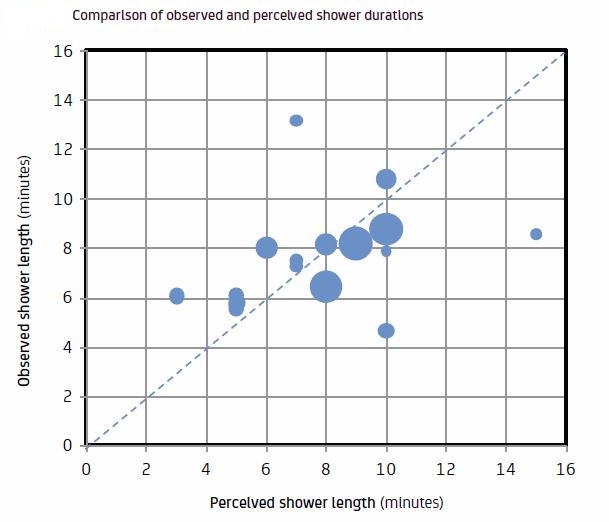 Which is good news for us as we have asked a lot of pupils over the years how long they are in the shower and then get them to use their own figures to classify whether they are water smart or water silly.