I’m always a sucker for a book with toilets in the title, so very pleased to get this for Christmas. Even if I did have to buy it myself! 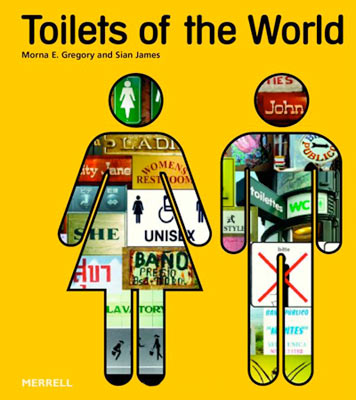 Starting with a short history of toilets it then divides its toilets depending on which continent they are situated. They range from quirky to picturesque from those in motorway service stations to loos on remote hiking trails. From highly decorative Victorian examples to functional stainless steel or concrete. From toilets on stilts over the sea to one carved from the trunk of a dried cactus. There are plenty of urinals on offer too. Every toilet chosen gets its own picture and a bit of blurb.

There are lots of loos with a view, though often we don’t see the view but rather the toilet itself, which seems a missed opportunity. Unlike my series of shower blogs ‘Views from a shower Parts One  Two and Three’ where you only see the view. Sometimes you can imagine the view from the place the toilet is sited; other times the blurb gives you the inside gen.

Lots of fascinating facts that I didn’t know and some I did. That the first known flush toilet was in the Palace of Knossos on Crete built in 1700BC. That Rome’s’ first sewer, the Cloaca maxima), built in approximately 800 BC is still in use today. That the flush handle on US toilets is always on the left. That there is a field of toilets in Leboeng in Limpopo, South Africa which are still waiting for the houses to be built next to them several years down the line. That water does not swirl anti-clockwise when you pull the plug out in the southern hemisphere. The Coriolis Effect, as it is known, only occurs in huge bodies of water, so you won’t see it while you are washing your hands after using the loo. That Australia has a Nation Public Toilet Map newsletter. That public toilets in China are often a slot in the floor above constant flowing water. And that Sulabh, an Indian NGO that provides communal WCs throughout India, now has 10 million people using its facilities every day.

Toilets of the World by Morna E. Gregory and Sian James