As a bird-nerd I can appreciate the water nerdery of this site, and Cath in particular. But I have never heard her mention birds when rabbiting on about sewage. Rather it’s all Wastewater Treatment Plants and mega-litres of water and kilos of solid-effluent and miles of loo paper. So it is left to me to explain that Pooh Ponds make fantastic bird habitats. Or at least they do in the far north west of Australia where I live.

I am not sure (to be honest) how a modern European treatment plant might work (I am sure Cath can explain over a 15 page document- I’m sure I can but not right now!) but here the sewage gets pumped in, settles, moves from one pond to the next, gets aerated, and then is passed through a treatment plant where it is chlorinated and is then sprayed on the golf course and playing fields as ‘treated effluent’. While it is in the ponds gradually being made suitable to use on public areas it is an absolute magnet for birds. Fresh(ish) water and lots of food, who wouldn’t want to visit?

Waterbirds dominate of course with ducks of many and varied types, geese, herons, egrets, coots and grebes. Birds of prey soar above, rarely attacking the birds but always on the lookout for any that are in less than prime condition that might make an easy target. In next to no time at the Broome pooh ponds Eastern Osprey, White-bellied Sea-Eagle, Brahminy Kite, Black Kite and Whistling Kite should be seen. Brown Goshawk, Australian Hobby and Peregrine Falcon might also make an appearance.

But the real highlights (no Cath not the ratio of pooh to water multiplied by miles of loo paper – well not for you maybe …) are the migratory shorebirds. The Broome South Water Treatment Plant is situated adjacent, literally just over the sand dunes, to the world famous Roebuck Bay. This wonderful tropical embayment boasts ‘the most bio-diverse mudflats on earth, so far studied’. And if you have mudflats and massive tides covering and uncovering up to 175km2 of them then you get an abundance of benthos (organisms living on or in the sediment) and you get lots of it in Roebuck Bay. So the logical conclusion is you will get lots of animals that feed on benthos and shorebirds are one such group of animals. 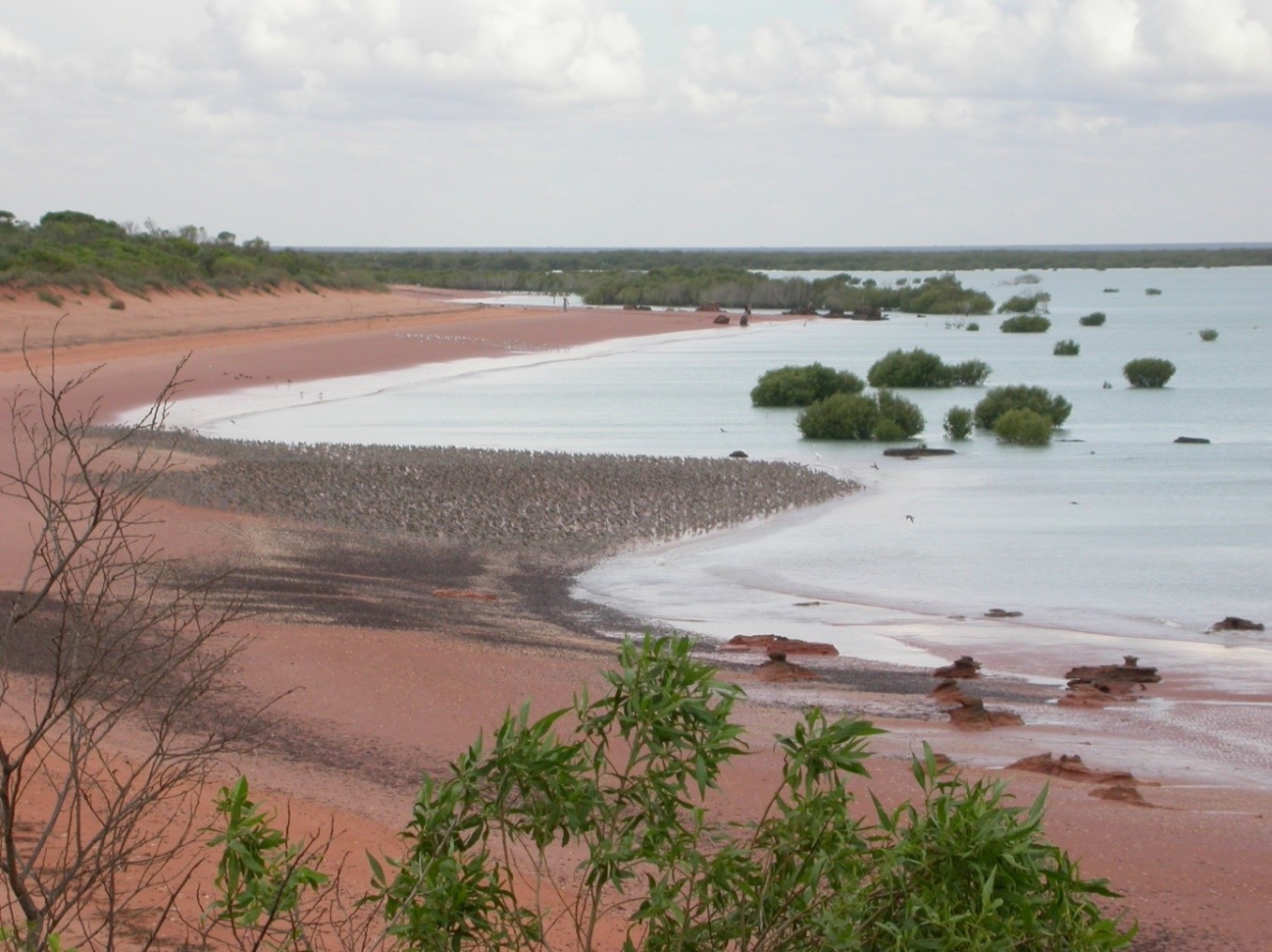 A flock of shorebirds waiting for the inter-tidal mudflats to be exposed by the ebbing tide.  Image: A Boyle

There are about 120,000 of them in the middle of the Austral summer which is the non-breeding season for these birds. The breeding season sees the adult birds anything from 7,000 to 11,000 kms away from Roebuck Bay. Some breed in the deserts and grasslands of China. Others in the open tundra of the high Siberian Arctic and its offshore islands. The daily routine of the shorebirds is mainly governed by the tide. When the tide is out the birds feed on the exposed mudflats and then when the tide is high they have about 4 hours roosting on the beaches and rocks. They cannot feed there (the food is in the mud not in the sand of the beaches). It is during high tide while they are pushed on to the beaches and rocks that it is easy to witness the birds close up (a ridiculously-priced telescope helps). And I maintain you don’t need to be a bird-nerd to be impressed by up to 15,000 birds in a single flock on a beach while you watch quietly from a close sand dune or low cliff. And when one of the numerous birds of prey passes over head the swarm of birds against the milky aquamarine water of the bay is—————–well it’s pretty impressive.

So back to the pooh ponds. As the ponds are so close to the bay lots of birds use them to roost in during the high tide period and others use them all the time for foraging or in conjunction with the bay. During visits to the ponds during 2016 the BBO recorded 110 species.  At least 3 species of resident (non-migrant) shorebirds breed on the banks of the ponds White-headed Stilt, Masked Lapwing and Black-fronted Dotterel. And once again you don’t need to be a nerd to love baby birds! 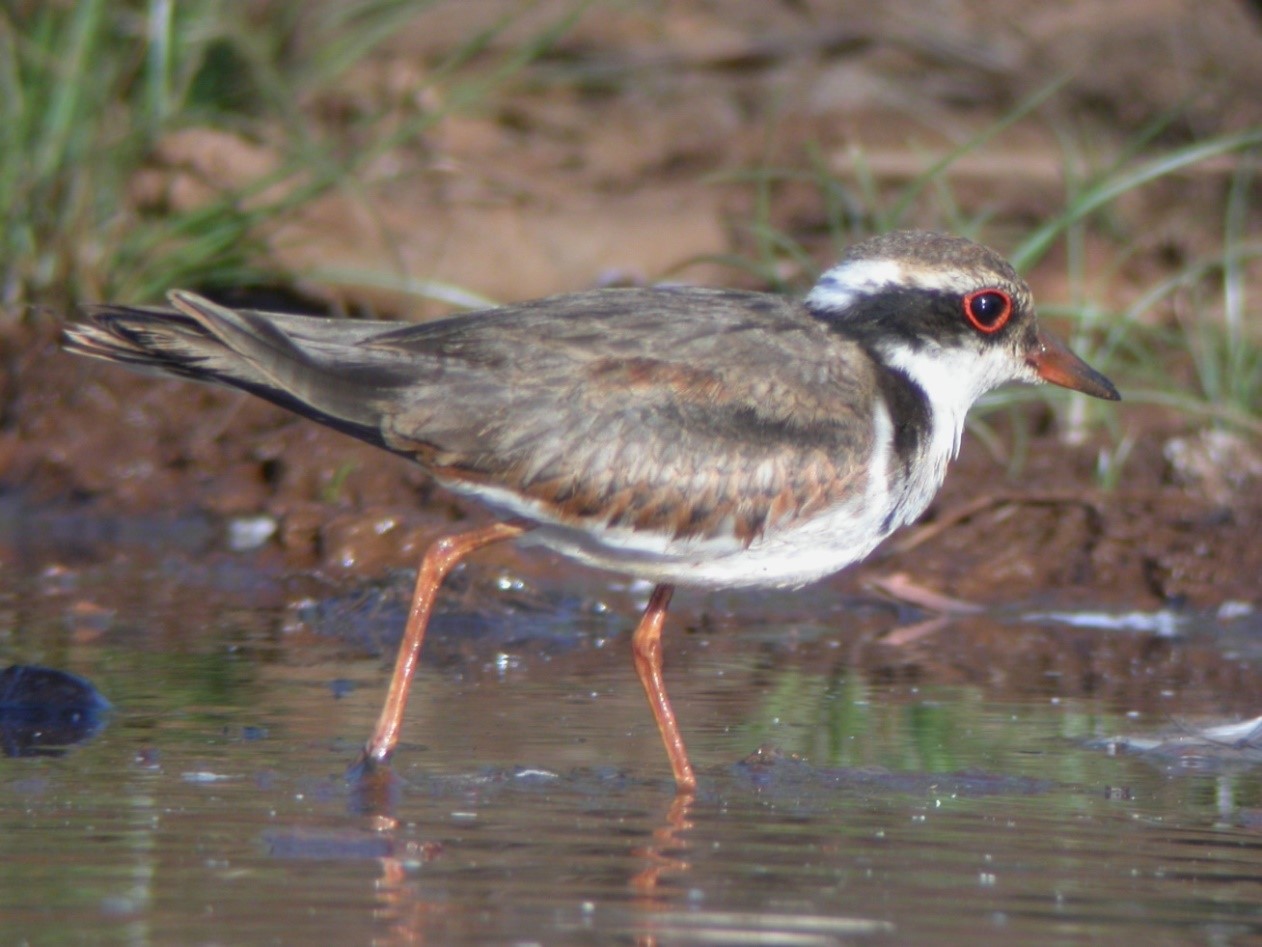 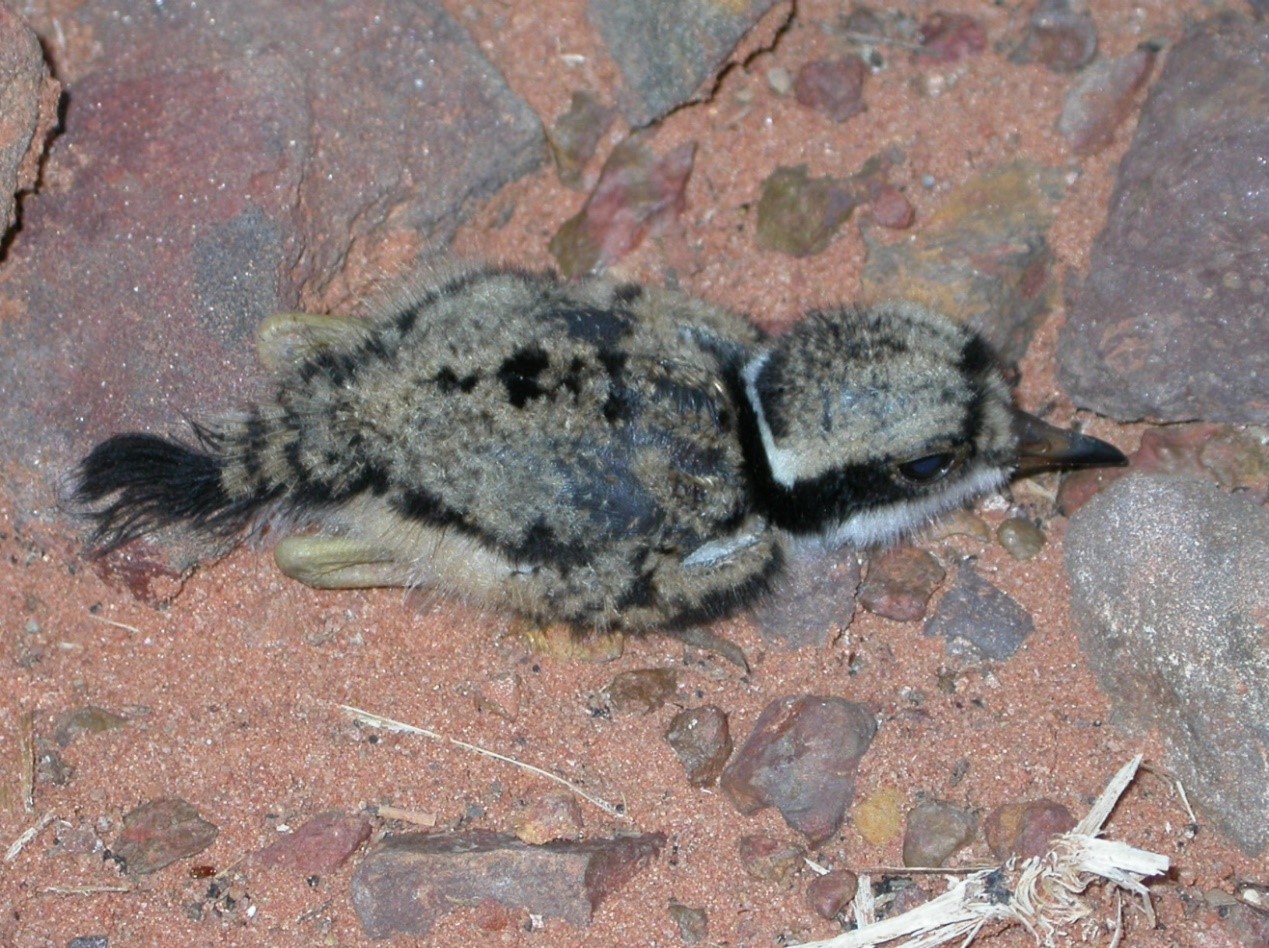 Baby (not the correct ornithological term – well it should be!) Black-fronted Dotterel. Image: C Hassell

I am fond of saying to the Water Corporation of Western Australia representatives that ‘the only people who like treatment plants as much as you do are birders’.

Well maybe this sank in (pun intended) as recently when the Broome South Plant was having some upgrading work done the manager of the Broome plant asked the Broome Bird Observatory http://www.broomebirdobservatory.com/ for some input in to the location of a ‘bird watching platform’. We were only too pleased to have a few site meetings and give our opinion. We were a bit sceptical about what would eventuate but we doff our caps to Paul Beard who has been the driver behind this initiative. Local and visiting birders now have a large, shaded, raised bird hide situated right where all the best birds are. INSIDE the main boundary of the treatment plant, but don’t worry OH&S folk it has a rail, gently sloping sides and a fence to keep us away from any stray turds. But to have a hide INSIDE a wastewater treatment plant in this day and age is brilliant. And it will soon be adorned with some info boards about both the birds and wastewater. So there you go, win wins don’t come much better than that. 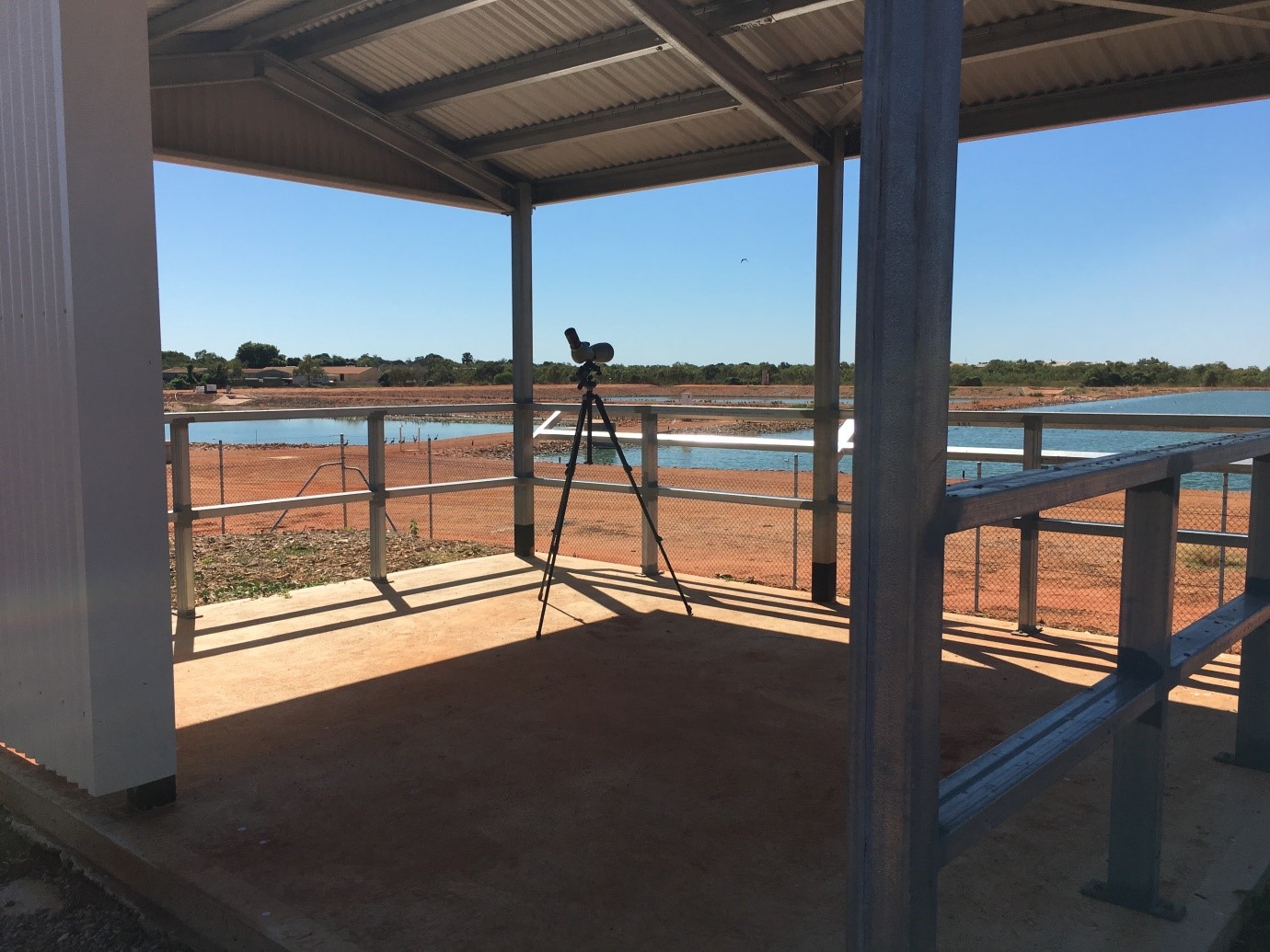 Post Script: Is it all good news about migratory shorebirds? No of course not, this is the modern world. If you have the inclination, visit the Bohai Bay section here http://globalflywaynetwork.com.au/# to find out about the birds journey to their Arctic breeding grounds and the issues confronting them in the Yellow Sea.