(Not to be confused with disco loo saves the world)

Avid readers of this blog might remember that I have already blogged about showering under a disco ball back in Nov 2013 when it was just one of many fabulous showers . Those very same readers (and big respect if you are still reading this blog) will probably also remember that I tried to buy a disco shower before. Only it never arrived. Why it didn’t still remains something of a mystery. And although the company probably just never bothered to send it out I prefer to think that either:

a) Due to the machinations of the global delivery trade my shower head is still shuffling back and forth between various ports across the world controlled by the men in suits in the City of London (hi Kyle!) who, if they decide my shower head would command a better price in Melbourne or Mogadishu promptly instruct the ship to change route and deal with the fallout of disappointed punters ‘later’.

Or b) it sunk at sea and like the infamous 28,000 rubber ducks is still floating on the ocean currents somewhere. 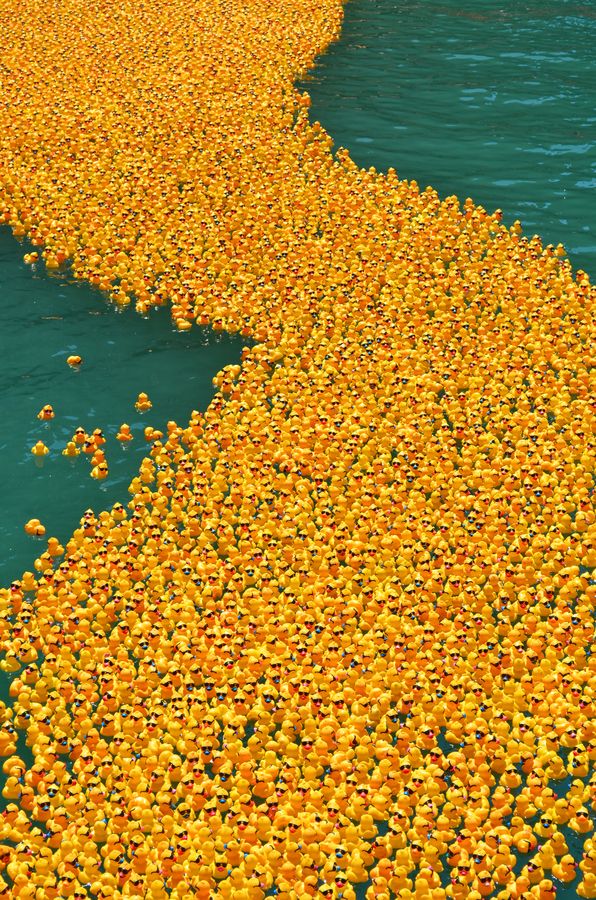 However, as loyal readers will know it all worked out well in the end, since, as a direct result, (with a few circuitous side streets thrown in) I got invited to shower on the MIR space station!

Anyway, not to be stung a second time I ensured that this disco shower head was made in the UK. (Yeah sure. Fake news spotting Ed) Ok fair cop guv … Of course it wasn’t. It was made in China like many of the plastic goods in the world. But it had already arrived in the UK before I ordered it – yep no flies on me!

Originally I was going to trial it at home but on second thoughts decided to give it to Rossi, Karen and Ollie down on the Gower in South Wales. Why? Well, a) their shower is in a bathroom with a tiny window so is quite dark meaning the flashing disco lights will have more of a WOW effect, even in the day; b) we were all just off there for the weekend and so more punters to try it out; and c) because I was a bit worried that if I fitted it at home, Sam might be tempted to stay in the shower longer, what with Capital Radio, and a disco light under which to practice her singing…

As you can see it looks F.A.B. if, maybe, a bit tacky. It doesn’t need batteries as the force of the water through the showerhead runs a mini-turbine which provides the power to make the lights work. 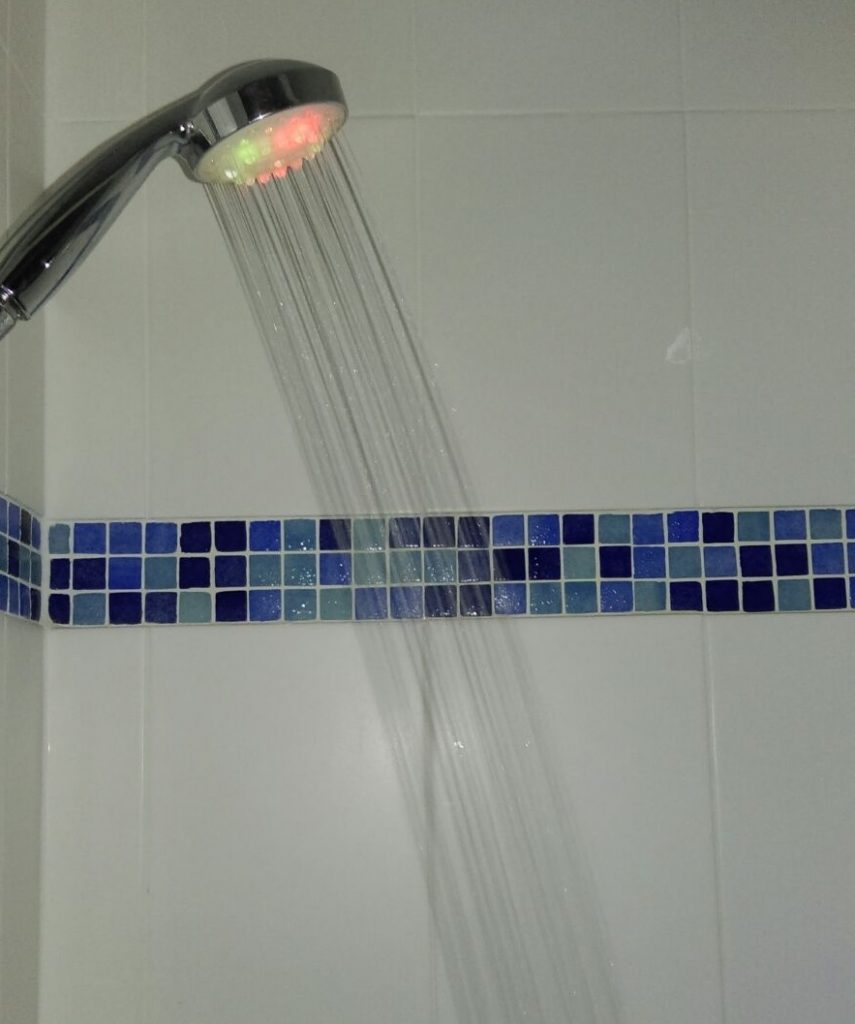 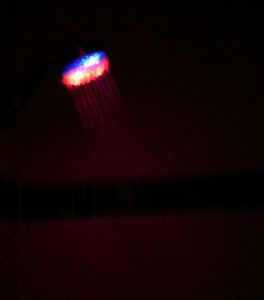 So what did the users think?

Suhith and I were staying down in the cabin so didn’t actually get to use it.  Though I wasted rather a lot of water by turning it on every time I went to the loo to marvel at its inner workings and to see if I could detect any sort of ongoing pattern with the lights.

Rossi, pragmatic German that she is said, ‘Who looks up when they shower?’  Though did sugar coat the pill somewhat with her following observation that, since she finishes off every shower with the Kneipp cure (of which you can learn more in this blog) thus spraying cold water methodically over herself, that then she noticed the lights and was ‘quite looking forward to using it in the dark’.

Karen said. ‘Amazing! Brings a whole new meaning to the word shower. And…  ‘Fabulous! Felt like I was at a disco’. And … ‘Stunning! Captivated my gaze and made me realise how much water I was using.’ Thus proving that a lifetime in media training will always come in useful.

Ollie (14 and already over 6’) said it didn’t make it any easier for him to shower under. That must have been my fault then as I distinctly remember saying: ‘Hey Ollie I bought you a present. It’s a shower head that flashes with different colours when you use it. Oh, and did I mention the fact it also has the ability to shrink you by 25% thus enabling you to fit under the shower better?’

Sam 13 (and not as tall as Ollie though it’s more than my life is worth to mention quite how less tall she is) said. ‘Oh Caaaaaaaaaaaath’ (exaggerated eye roll) ‘who has time in the shower to look at it when they are trying to get clean quickly because you tell me to have a short shower. Yeahhhhhhhhhhhh’. This strange set of words and actions was followed by an ostentatious hair flick. I assume it translates as: ‘I am a teenager: so incredibly clever and smart. You are a grown-up: so stupid.’

But then, they (the teens) had a bit of a discussion about it and said actually it was pretty good, they liked the fact it didn’t use any batteries but what would be really cool was if it played music at the same time…  So, Chinese shower head manufacturers – over to you!