Colin of ‘Oi Colin’ fame and I have been batting around the idea of visiting the Hansgrohe waterstudio showrooms down in Clerkenwell for a few months now. Via twitter… as you do… 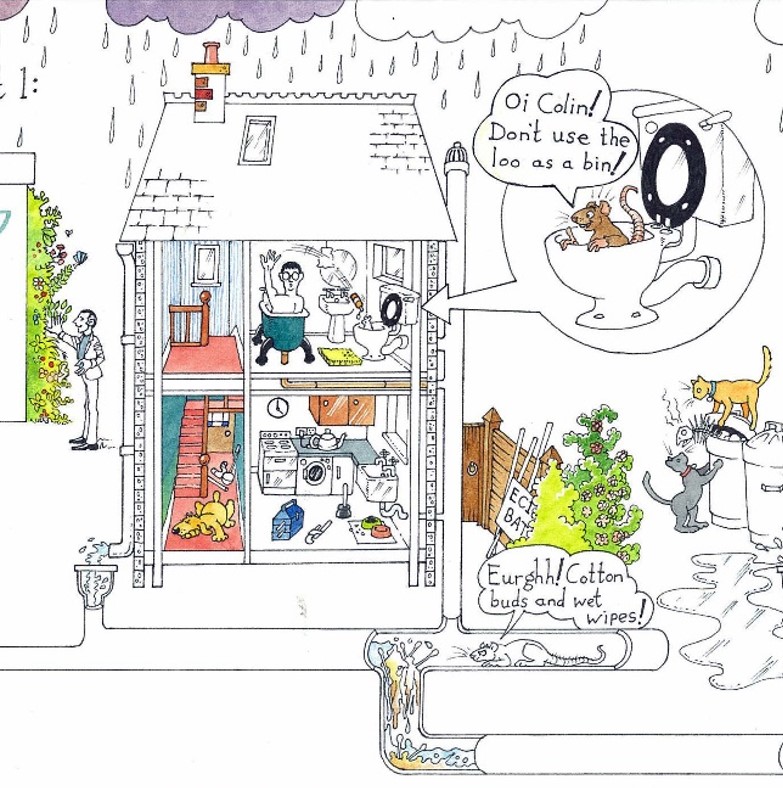 We finally made it last week and were like kids in sweetshop / piglets in mud / a teen under the shower with parents out. Or maybe just two saddos with some weird interest in pressure and flow rates from shower heads…

And then nicked a photo off their website of one of the shower set-ups – this one with, added lighting effects, being particularly ace. 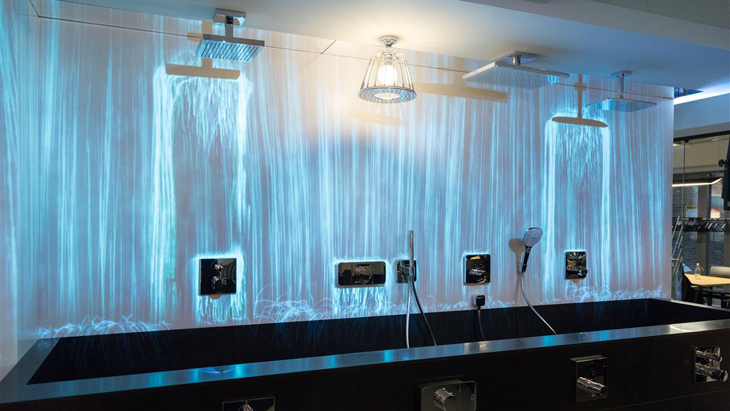 And then we sat and talked about the Hansgrohe/Grohe split, which I thought regular readers of this blog with a less technical bent may appreciate, and which goes like this. Two brothers set up Grohe. Then they fell out. So one of the brothers (who was called Hans) left and set up Hansgrohe. Both companies are really successful (Hansgrohe’s turnover in 2016 was I billion euros. Grohe‘s was 1.3 billion euros) but the brothers still hate each other and had a fist fight at the ISH in Frankfurt a few years ago. 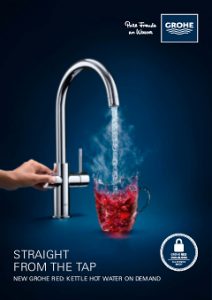 Colin added that Hansgrohe tends to make more designer stuff since it has teamed with Axor, and he likes their showers more. Grohe’s boiling tap (Grohe Red Kettle) is good, though he is less enamoured of the Grohe Blue tap (that provides sparkling water) because he doesn’t like the taste of the water from it.

Back in the office and ready to write the blog I thought I would make a few checks in www.land to add some dates to the above. Only to find that some of our perceived truth is a bit urban myth. So, to set the record straight… 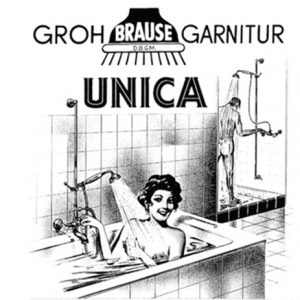 Hansgrohe was founded in 1901 by Hans Grohe (1871-1955), only it wasn’t called that then, the Hansgrohe brand actually only being created in the 1990s! Hans Grohe started was a weaver but in 1901 changed career and established a metal pressing workshop specialising in tin showers.

Although back then the sanitary sector was in its early stages of development and bathrooms in private houses were rare, he considered the shower an affordable alternative to the bath. From 1928, Hans Grohe’s hand shower became a convenient alternative to the then customary overhead shower and in 1953 (at the age of 82) he invented the wall bar, to which the hand shower could be attached at the desired height, now ubiquitous in bathrooms all over the world.

In the early 1920s, Hans Grohe’s two sons Hans Grohe, Jr and Friedrich Grohe joined the family business. In 1934, Friedrich left the family business due to a disagreement about business strategy, purchased the company ‘Berkenhoff & Paschedag”, and renamed it “Friedrich Grohe Armaturenfabrik”. At the beginning, Grohe specialised in basin mixers while the family business manufactured hand showers and all was fine. The postwar construction boom significantly increased the demand for kitchen and bathroom fixtures and the two companies remained on friendly terms. Friedrich Grohe became a limited partner in the Hans Grohe Company in 1956 and they began to jointly exhibit their products at major trade shows.

In 1960 Hans Grohe, Jr. died suddenly from a heart attack and Friedrich Grohe became CEO of Hans Grohe, while still managing his own company. The product lines of the two firms were adjusted to minimise direct competition; Hans Grohe focused on drains, shower heads, and shower-handrails while Friedrich Grohe specialised in faucets and hot-and-cold-water mixers. In 1968, Hans Grohe’s third son from his third marriage, Klaus Grohe, entered the older Grohe family enterprise and although Friedrich Grohe functioned as Hans Grohe’s CEO until 1975, Klaus Grohe took on more and more top management responsibilities. Under his company leadership, Hansgrohe started to work with external designers in the late 1960s, including Hartmut Esslinger and Philippe Starck of whom you can read more in my blog of December 2015 when I got to test one of his shower designs.

Although merging the two family businesses seemed to be an obvious solution, it did not happen. Instead, the two companies started to actively compete against each other as Grohe moved into manufacturing showers, and Hansgrohe into taps. The two companies fought over the rights to the “Grohe” brand for a number of years. The conflict was finally settled in the early 1990s when Friedrich Grohe agreed to use the brand name “Grohe” while Hansgrohe marketed its products under the “Hansgrohe” label. 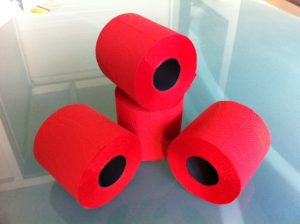 So there you have it… And to finish a nod to the fabulous bright red loo roll they had in the showrooms, tastefully arrayed against matt black tiles. Unfortunately I failed to take a photo and my tweets to the company to send me one have gone unanswered, so tastefully arranged in a white plastic box instead!