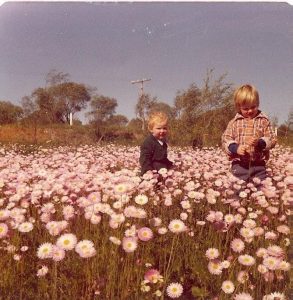 As an academic in urban resilience and environmental engineering I have made a career researching water all over the world. My very first water research started in Western Australia as an eight year old choosing my own school project. Forty years later I still have the very first research reports I ever wrote. Stashed in a box of birthday cards, concert tickets and sports ribbons are my school projects on ‘Drought’ and a nineteenth century engineer called ‘C. Y. O’Connor’. It may be portentous that engineering and water stress became the foundations of my career, but these are not unusual topics for a young West Australian to set out to research.

Ruth Morgan is another West Australian water researcher. ‘O’Connor, C. Y.’ and ‘drought’ are both entries in the index of her book Running Out? Water in Western Australia.[1] Ruth has written a comprehensive, lively history of water infrastructure, politics and culture in a part of the world that is, to most outsiders, assumed to be dry and desolate. The question mark in the title points to Ruth’s purpose, interrogating these assumptions and the discourse of scarcity that has framed coloniser water cultures since the foundation of a British colony on the site now known as Perth in 1829.

Water formed a central element of the culture, economy and everyday life of first nations peoples, long before the British arrived. Morgan’s telling of the story of modern, technical domination of water and land to build a prosperous Western economy and society, is also the story of dispossession, discrimination and social deprivation of traditional owners. Banished to the edges of towns and settlements, indigenous communities lagged behind white settlers in gaining access to water and sanitation, outcomes of racist policies and social attitudes that persisted well into the second half of the twentieth century and to the present. Recent efforts to redress colonial injustice, such as the Yamitji Nation Agreement of 2020, provide some steps towards reinstating Indigenous rights to water and engagement in decisions. More immediately, as Morgan points out, first nations peoples remain over-represented in homeless statistics, with too many people still living beyond adequate access to water and sanitation. 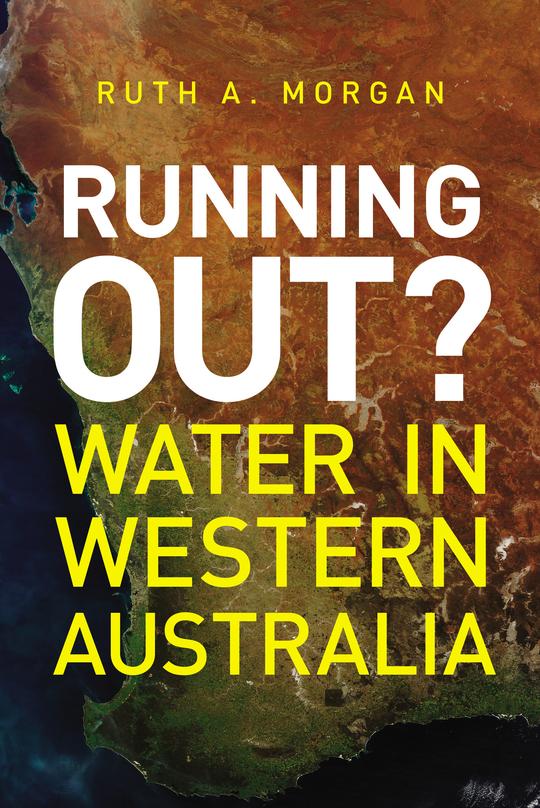 Morgan draws on Zoe Sofoulis’s idea of Big Water to characterize the dominant approach to water in Western Australia. Policies for the development of agriculture, mining and urban centres depended on the provision of Big Water infrastructure – including the Mundaring Weir and 800km pipeline from Perth to Kalgoorlie[2] so famously designed by C. Y. O’Connor, the subject of my primary school project. The history of the science of meteorology, and the optimism bias or willful ignorance of politicians, eager to develop land and expand the economy and population, provides a case study of the role of science in, and deliberately left out of, policy.

In Western Australia, as elsewhere, Big Water underpins high water consuming economic activities and lifestyles, beyond what the natural environment can consistently sustain. In turn, natural cycles and limits are perceived as threats, stoking a fear of ‘running out’, further driving the search for technological solutions to manufactured environmental problems. Schemes for making water that seem outlandish in different times and places have received serious scientific and political attention in Western Australia, pushing open a wide ‘Overton window’ in the history of water management options. Proposals and experiments including cloud-seeding, dragging icebergs from Antarctica, and building a 3,000km canal from the tropical north weren’t fulfilled. ‘Drought-proofing’ through desalination and water reuse has become the preferred strategy for supplying Perth, maintaining a strong emphasis on Big Water supply rather Small Water social and cultural adaptation.

A decline in rainfall in the South West of Australia is widely proclaimed as an early signal of global climate change. The warnings for other parts of the world are not simply of impending, catastrophic water shortages as part of the climate emergency. In Morgan’s view, the Western Australian story warns of the power of scarcity discourse to re-entrench Big Water thinking and its self-fulfilling expansionism. Big infrastructure systems create their own demand and undermine natural hydrological processes, requiring endlessly more infrastructure and technical solutions.

Running Out? is a good read. It is a detailed case study of the relationships between politics, technology, people, land and water in a particular place, with much to teach other parts of the world. It is also the story of Western Australia – tragic, optimistic and breeding ground for water researchers.

[1] Running Out? Water in Western Australia, By Ruth A. Morgan, UWA Publishing, 2015. https://uwap.uwa.edu.au/products/running-out-water-in-western-australia