Full on lockdown here in the UK so the chance to visit exotic places and experience the thrill of overseas showers is still null and void. But I did get an unexpected trip a couple of weeks ago. To A and E in Whittington Hospital, Archway to get a gaping wound on my leg stitched up. To be fair it wouldn’t have been at the top of my ‘must-see places’ list but it was refreshing to have a change of scenery and a reason to leave the house which is actually permitted, indeed even encouraged. I thoroughly recommend it for the views, Dick Whittington’s statue, good food, fabulous company, excellent sound system, etc. etc. 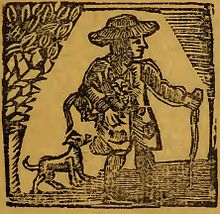 A little bit about Dick Whittington (shown left in an 18th century woodcut with his cat and a random dog) for non-Brit readers. He was Mayor of London back in the day. And by back in the day I don’t mean the 1960’s. He was Lord Mayor of London in 1397, and then 1406 and 1419 and was an MP in 1416 as well. But that’s not actually what we learn in school. We learn he had a cat and as a kid walked to London to make his fortune since it was a well-known fact that the streets were paved with gold. He failed (surprise surprise) and was on his way home again with his new best cat friend, when he stopped on Highgate Hill for a rest and heard the Bow Bells of London telling him to come back.  Specifically, “Turn again Whittington, Lord Mayor of London.” Which they repeated three times just in case he didn’t get the message. Then he made his fortune because his cat was a great mouser (through in those days it was more rats than mice so a great ratter??). He also built the first gender separated public toilet in London, which had a massive 128 places (split 50-50) and was on the banks of the River Thames so that it was flushed twice a day at each high tide.[1] Which is kind of cool (though we didn’t learn about that in school). 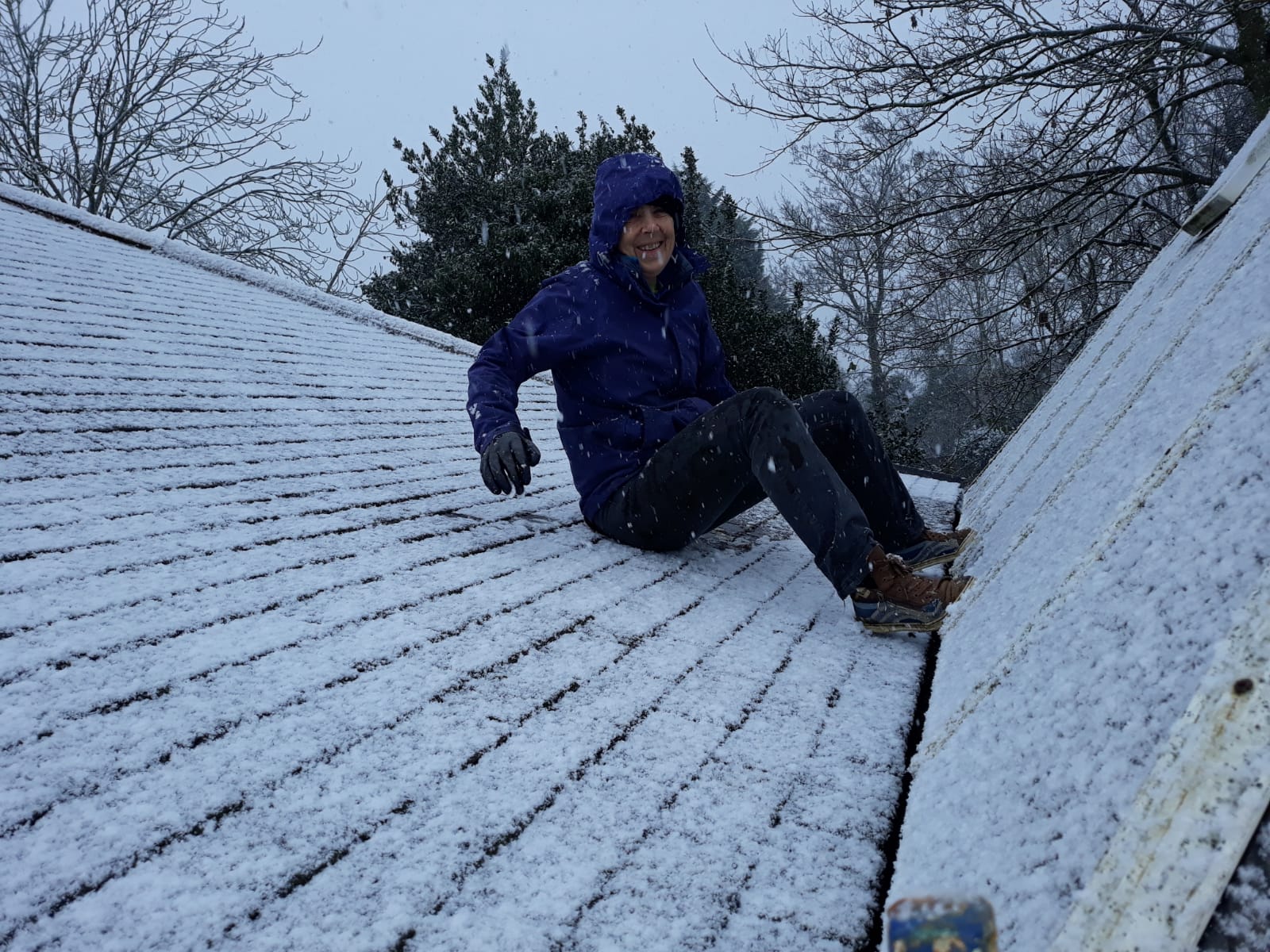 How I chanced upon a gaping leg wound prob needs to be explained. A couple of weekends before that I was sat on the roof of 42 (Mu and Eric’s final abode) in the snow, clearing out a leaking lead lined gutter, acutely aware of the dodginess of my predicament. Getting on and off the roof with only Midge footing the ladder (a bloke who has been known to go missing during such tasks and who had once actually opened a door against which my ladder was resting!) was the particularly tricky bit. Especially as my hands no longer had any feeling in them as I had to take gloves off to get into the tiny little valley gutter… But I negotiated them safely. And the treacherous trip back down the motorway to London in the driving snow. 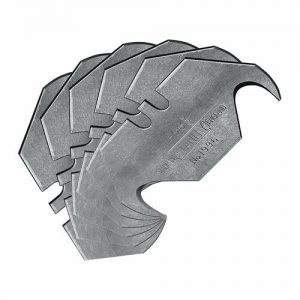 The leg slicing, on the other hand, happened when I thought I was in control of a hazardous situation and so wasn’t paying much attention. I was slicing a sofa into pieces with a brand new curved Stanley knife blade. (Only spare blade I had). It was all going swimmingly – like a knife through butter as I remarked to myself.  That was the seat and the back. Then I got to the arm of the sofa which proved a tad trickier. There was some rolled-up foam which wasn’t straightforward to cut so, in a spectacularly stupid kind of way I decided to use my leg as a support mechanism in the absence of a workmate. That not-so-smart piece of thinking meant that while I sliced through the foam easily my leg got in the way before the slashing motion was over.

I was in an empty house with a cut through both my overalls and jeans and the certain knowledge thought that I had sliced my thigh but maybe, just maybe, I hadn’t. So off I hurried past the now raided and boarded up drug den to next-door-but-one where Ray the builder lives. This was so I could take my trousers off in the company of others in case remedial action was required. After I prised open the wound to see just quite how deep it might be, I realised that my well-planned Saturday was now over to be replaced by a four hour wait and A and E – or Covid Central as it is currently called –  as I had sliced though the epidermis, the dermis, the subcutaneous tissue and was well into the fat layer… 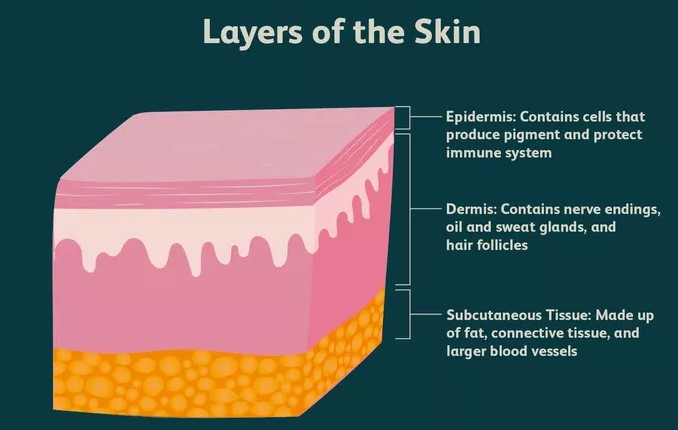 Amazingly the new Covid secure waiting system at A and E meant I was in and out in a flash. Just 1.25 hours before I re-emerged with six stiches holding my leg together. An excellent result. Though banned from cycling until the stiches came out so two weeks of Covid travel to the office beckoned.

Finally! The link to showering is revealed. The nurse who stitched my leg up told me to wrap a plastic bag round my leg while in the shower until the stiches were out. I didn’t ask why as random clinical chitchat didn’t seem to be the best idea as I was in an unventilated room.  So when I got home I did a bit of a search in www.land and discovered that water causes the skin to swell up and there might be contaminating bacteria or other bacterial agents in the water so the wound may become infected.

Hence the recommendation to avoid contact with water during the wound healing process.  When I was a kid I learnt that seawater helps the wound healing process because the salt acts as an antiseptic. But this is, apparently, a myth! If the scab dissolves in the water then impurities in the water in coastal areas from untreated sewage outlets can get into the wound and affect it. Yet another bit of Mu health advice – like putting butter onto a burn or cooking cabbage for at least twenty minutes before you eat it – that I am forced to ignore as a sentient adult.

I have to say I do not recommend showering in a plastic bag. It’s uncomfortable and uses a lot of sellotape. Thankfully the stiches are now out and the wound has healed nicely so the plastic bag is assigned to the rubbish heap of history and I have a cute little scar to remind me to focus next time!

February 2021 – showering in a plastic bag