After the excitement of nearly making our fortunes during a beach clean-up we went to Bath and I met a spy! Not only that I found myself standing outside a restaurant just after I’d blown his cover desperately trying to casually chat on about anything other than undercover surveillance or phone tapping. Ever tried that? All I could come up with was ‘Did you ever see that brilliant T-shirt that said ‘GCHQ – always listening to its customers?’  Hardly keeping off the topic! Both the possible ambergris discovery and meeting Sid the spy were tales that Eric (my dad) would have enjoyed. But sadly, he isn’t around anymore to hear them. 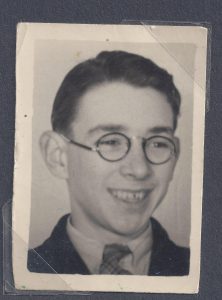 I have some brilliant memories of Eric, but none of them are shower related. Obviously he got mentioned in the blog because it started with Mu and Eric’s shower and it was always hard to mention either Mu or Eric without the other one popping up into the conversation. Something that I don’t think I ever mentioned in the blog was that Eric had a solar thermal system fitted over twenty years ago. So those rubbish showers at Mu and Eric’s were, at least, heated by the sun. But since the overriding thought in the shower was always ‘Jeez Mageez this shower is rubbish’, the solar bit of it kind of passed you by. And then, when they were planning to move into the bungalow it was Eric who was instrumental in getting the bath taken out and a large walk-in shower installed. No trying to climb unsteadily in and out of a bath, space for a chair to sit down to shower if required, all part of his planning for his and Mu’s long-term future.

The irony of that decision was that as Eric got older and his dementia got worse it was virtually impossible to get him to shower! After Mu got ill it became clear that Eric had been showering regularly because Mu told him he to and he always wanted to please Mu. But after she lost the ability to ensure standards were kept up, he just decided that showering was no longer important. For fifteen months, it was a common question to any visitor to 42. ‘Did you manage to get Eric to shower?’ His kids, his grandkids, Gareth (his carer) tried all sorts of tactics and only very rarely did they work. It is, apparently, quite common amongst people with dementia that they stop washing. Some theories are that the person doesn’t remember what bathing is for or doesn’t have the patience to endure lack of modesty, being cold or other discomforts.  Also that high water pressure in a shower can actually feel painful. Eric was very independent and wasn’t that keen on asking for help so maybe that was the reason. I find the shower at 42 uncomfortable because the pressure is so high, so it could well have been that. Discussing this blog last night while eating pizza Sam pointed out Eric was probably saving water and that’s why he didn’t shower. Which was a good point well made. It was a ridiculously high flow rate from the shower at 42. Or it might have been because he had capacity in the moment but his short term memory had gone completely. So he was always convinced he’d showered the day before and we were just harassing him for no good reason… After Mu died, Ann (Mu’s carer) took over caring for Eric and therefore the task of getting Eric to shower fell to her. And, lo and behold, Eric started to shower again! Twice a week, with Ann’s help. He had signed a note to that effect so maybe that was the key all along. Maybe he decided arguing with Ann wasn’t the best idea ever. Who knows? But it was great to see him washed and dressed again after such a long time. 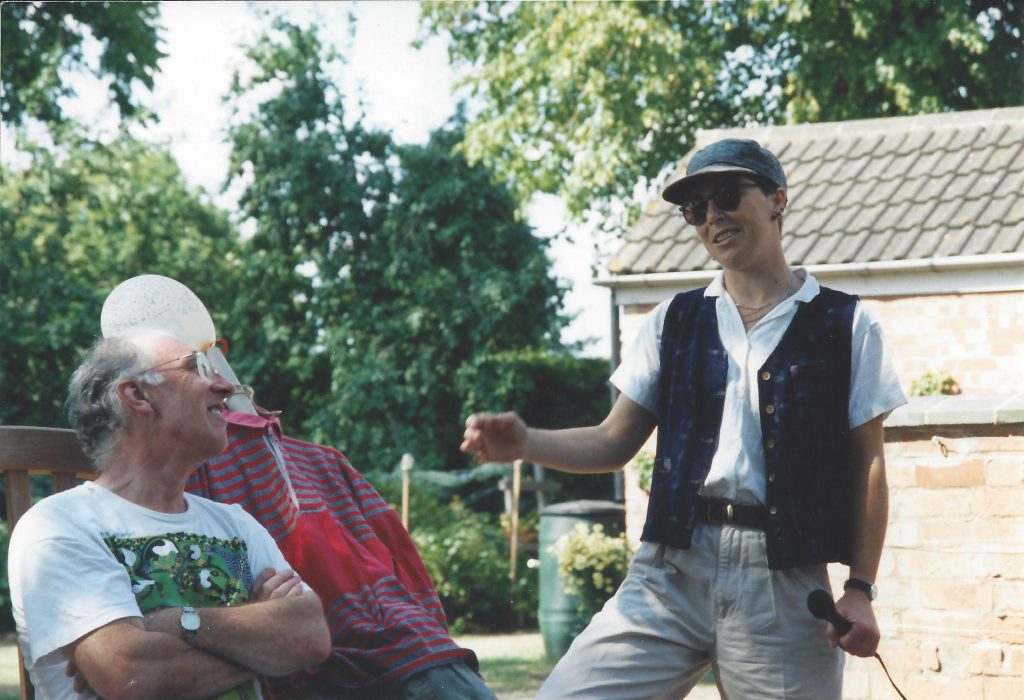 I am going to finish this shower blog with the running of the bulls. Because it’s an Eric story and also a Mu story, and although it has no relevance to showering at all I told it at Eric’s funeral, it raised a lot of laughs, and Eric would have enjoyed it. It goes like this…

When we were kids we would go camping every year in France which entailed a long and tedious car journey broken only by the need for food. (So far, so Mu’s perfect picnic spot). This particular year we were camping near Bordeaux. The perfect chance for Eric to fulfil his teenage dream of going to see the running of the bulls in Pamplona. He bigged it up so much! The danger, the thundering hooves, death in the afternoon and Earnest Hemmingway on every corner. It sounded amazing. We got up at 6 am and set off on the big adventure. Driving in France was always a lot of fun full of shouty, sweary interludes, mainly because we were driving on the ‘wrong’ side of the road, and Eric had to rely on Mu to say whether it was safe to overtake or not. We would pull up behind a lorry, Eric would stick the nose of the car out, Mu would go ‘No… No…. No… No… Yes… I mean No!!’  No… No…. No… No… Y… No… No… No…!! YES.’ And finally we would be past. We traversed the remainder of France in this method, crossed the border into Spain and got stuck behind a massive lorry crawling slowly up the Pyrenees. Nose out, ‘No… No… No… No…’ Eric had had enough. He pulled right out, spotted a small gap and with a triumphant roar he was past that lorry and speeding towards the brow of the hill. When out stepped a Spanish traffic cop with his arm out, resplendent in his jodhpurs, shades and with a massive gun in his holster. We were in Spain. Eric can’t speak Spanish. We watched in awe and trepidation as he strode across, ready to explode. Would he get arrested? Who would drive the car back to the campsite? Would he languish in jail for months while we tried to get him out? It was thrilling beyond compare. And we still had the running of the bulls to come! What a brilliant day this was turning out to be. It turned out it is illegal to overtake on a hill in Spain, Eric had to shell out a shedload of pesetas, and we were on our way again. Finally we arrived in Pamplona. The place was deader than a doornail, tumbleweed was blowing across the square. Where was everyone? All trampled to death? Nope. Were we even in the right town? Yep. It’s just that the running of the bulls happens at 5 am – a small detail that Eric had failed to pick up on. But swings and roundabouts and all that. We bought Mu some chicken trinkets and, I had a nailed on anecdote for Eric’s funeral.

RIP Eric. I love you and I miss you. I hope you and Mu are together again wherever that may be. 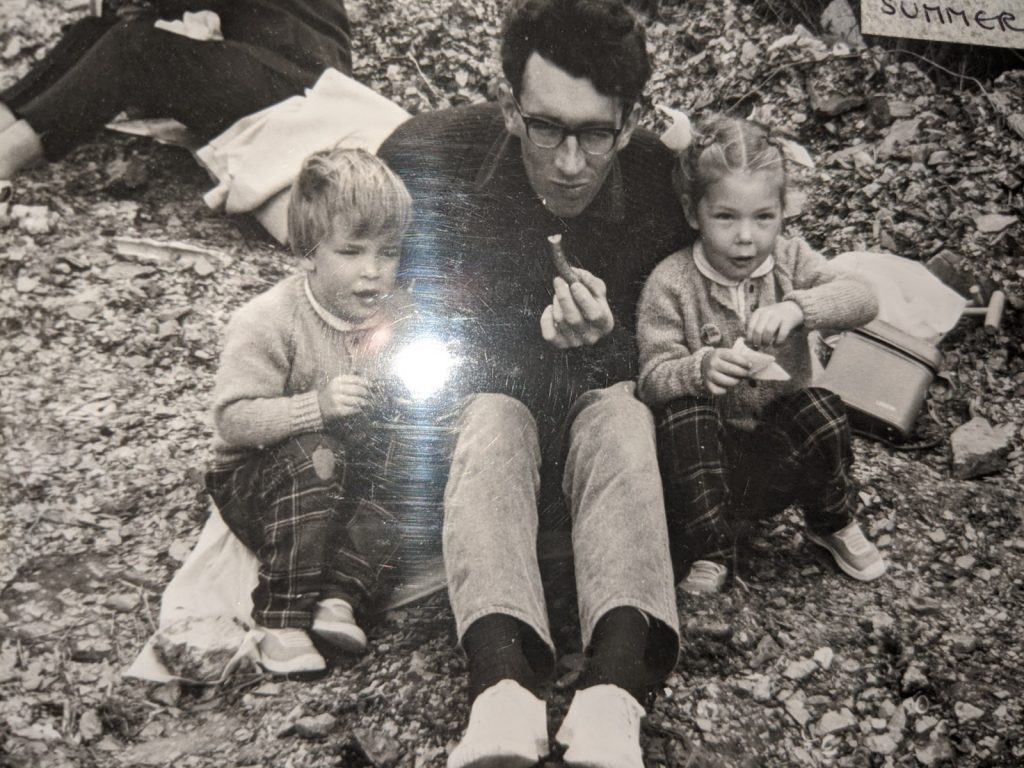