On the day that MI5 announce they are opening an Instagram account I thought it was a good a time as any to blog about Sid the Spy. Is this a new app, I hear you ask, that checks out how long you are in the shower, alliteration included to make it seem far less sinister than it actually would be? Or, a pushing the envelope name for a new flow regulated shower gizmo? Or, the name I have given to a spy I met once so that she/he can remain anonymous? If the latter is it really a bona fide subject for a shower blog? Well, probably not since the only and, slightly dubious link, to showering is that I had a shower the morning of the afore mentioned meeting. But anyway, I’m counting it. So here goes… 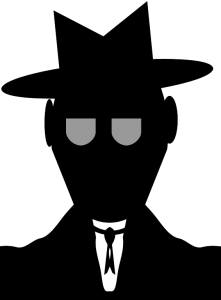 Firstly a question. Have any of you got a friend who you met through work where you are punching above your weight a bit so whenever you’re with them you feel like any moment they are going to realise and dump you (though in the nicest possible way given their command of social situations)? Anyway, I have one of those friends. And we were going to visit the city where they lived. So I causally asked her if Suhith and I could stay and he said he would have to ask Sid. Which is fair enough. But jeez did it take Sid a long time to decide. Now I hadn’t met Sid at that point. To be fair I don’t think I had even registered his/her existence. By the time Sid had agreed it would be fine I had given up waiting and we had booked a hotel, but arranged to meet for some food. Since Sid was obviously a significant other it was very important I didn’t create any social faux pas when we met up.

“So, what do you do?” I asked – nice safe question and all that. Sid looked a bit nervous and glanced over at my mate. He gave a not so surreptitious nod and Sid said she worked in computers. “Oh,” I replied, “at xxx ??” (mentioning the well-known engineering company where my mate worked). Sid looked even more uncomfortable and said no and mentioned a town in the UK. And that was all I needed. Sid wasn’t dressed in the usual spy gear but no flies on me. Now the long delay became abundantly clear. Obviously we were being checked out by Her Majesty’s Secret Service as to whether we could be trusted to stay in the home of a spy. 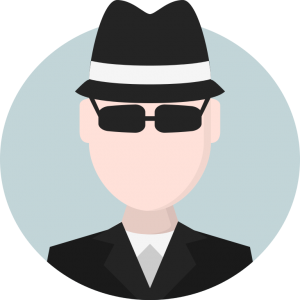 “Bloody hell!” I said. “You mean you work for MI5?” And laughed in a self-deprecating sort of way so that Sid could reply ‘I wish, but no.’ Followed by one of those causal laughs that imply who in their right mind could even start to think of something like that. Only she didn’t. Just stared at me like a rabbit stuck in the headlights followed by a long silence as the enormity of what I had just uncovered struck home. 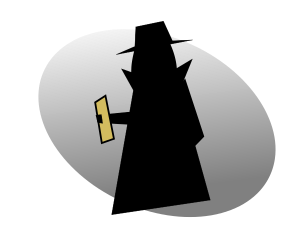 So much for no faux pas! Anyhow, Sid gallantly then agreed to join me outside the restaurant to keep me company while I had a fag. I, for my part, decided firmly to keep off any mention of MI5, MI6 or similar. Trouble is, once you have in your mind that you shouldn’t mention something, all you can see in your mind’s eye is a bloody great visual of the afore mentioned taboo topic. And this was no different. Sid was super nervous. Too nervous for a spy I felt. Obviously spy training hadn’t covered such a scenario. Really she should have just plucked some random topic out of the sky and we could have chuntered away about it for the three minutes it takes to smoke a cigarette. But she didn’t and so, it fell to me to come up with the perfect ‘let’s steer clear of all MI5 topics and we can just pretend the earlier convo never happened’. “So,” I began nonchalantly, in a super smart, extremely non spy based way “have you seen the brilliant T-shirt ‘GCHQ – Always listening to our customers?’ 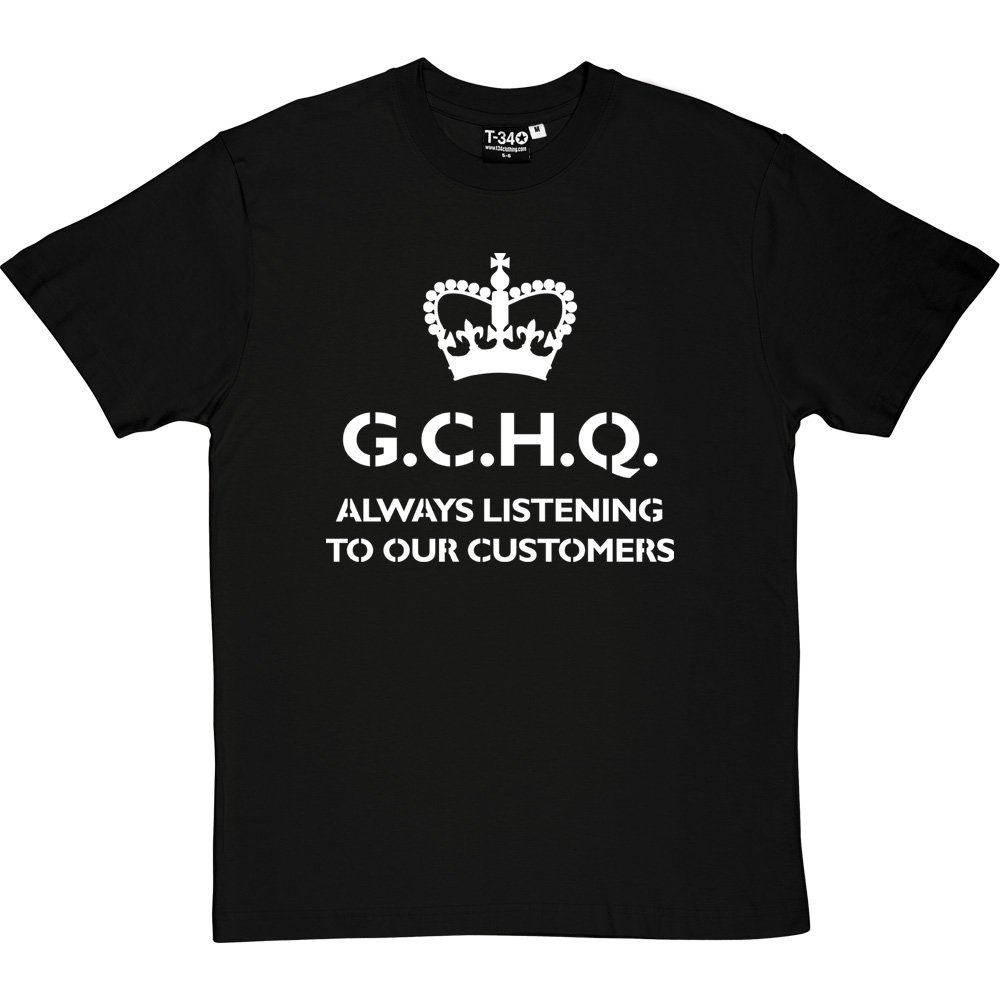 Sid looked nonplussed.  Hadn’t seen the T-shirt? Didn’t get the joke? Didn’t want to dis a fellow spy organisation by laughing about it? Who knows? I realised my error (another one!) switched the topic to football in one deft swoop and, thankfully, the rest of the evening progressed smoothly. I enjoyed hanging out with Sid so much I swear I was that close to calling up MI5 to try and get a job there so I could hang out with her and her other cool spy mates.

I must admit, thinking back on it, I was a little disappointed we passed the ‘safe to stay in the home of a spy’ test. Back in the day I lived in more than one place where our phone was bugged. How come that piece of information hadn’t followed me down through the years? At what point had I crossed the invisible line that made me an upstanding member of society. Was it my OBE? Or something less tangible? I guess we will never know…

Important information. This is a work of fiction. Names, characters, events and incidents are the products of the author’s imagination. Any resemblance to actual persons, living or dead, or actual events is purely coincidental. Plus I don’t have an OBE. Though Suhith is real.