Can hand dryers damage your health?

I love Dishoom in Granary Square, Kings Cross. Especially their old fashioned toilets and wash basins. But a couple of years ago, as I was using the loo, the peace was shattered. The reason? Another user was drying her hands … Now, it wasn’t the first time I had used the loo, but it was the first time I had heard the dryers. How come? Well, I never dry my hands using a dryer preferring to use the tried and tested ‘wipe hands on back of trousers’ method (not as hygienic maybe, but definitely better for the environment). So it was the first time I’d shared the facilities and the experience got me to thinking… I often ‘jump’ when I am in the loos at a school, doing a water audit and I, or one of the kids, go too near a dryer and set it off unintentionally. And now this Dishoom episode. So is it just me or are hand dryers too loud? 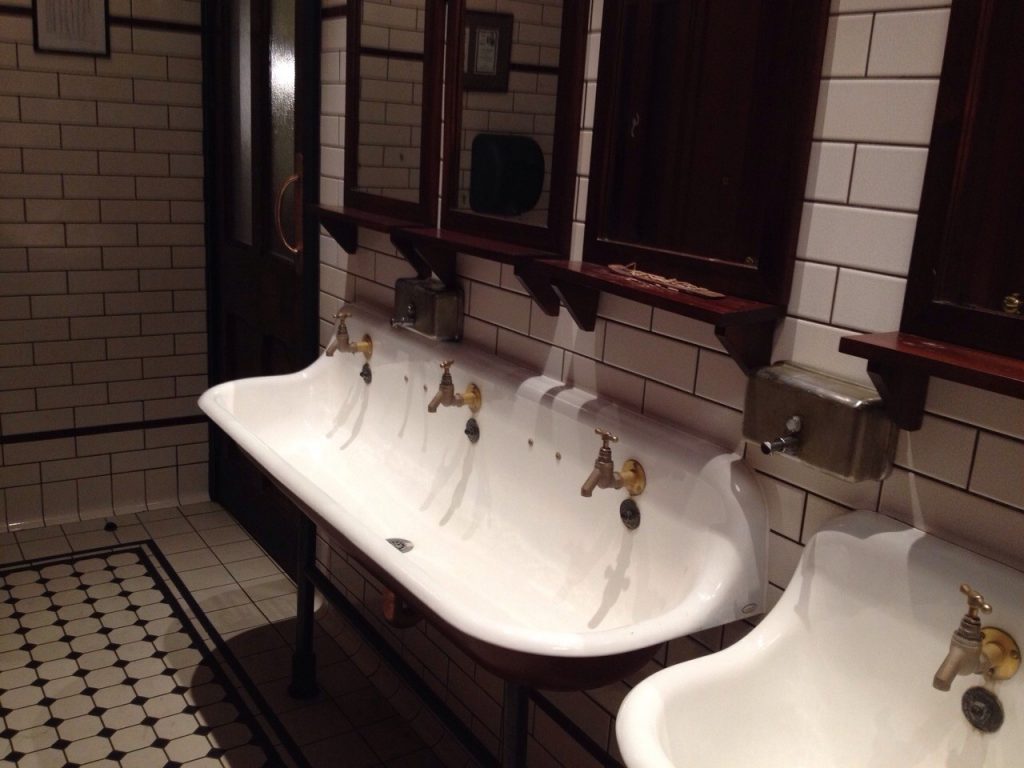 First things first. Modern hand dryers are much faster, effective and energy efficient than older models – the new generation of hand dryers uses about ¼ of the energy of older models. But there is a trade-off and it is the level of noise. Basically, the faster the hand dryer, the louder it is – about 30% to 50% louder according to most manufacturer’s blurb.

I began to get a bit nerdy about hand dryers. Spotting noisy ones and quieter ones as I used different public toilets. Even, sometimes, drying my hands under them just to hear how loud they were… And it seems I was not the only one bothered by the noise.

All hand dryers have to state their decibel rating in the manufacturer’s information. But these measurements are taken without the dryers actually being used. In 2015 the University of Michigan measured the noise from three popular hand dryer models. During the survey, the measurements were performed with and without hands in the airstream.  What the research found is that dryers often become noisier once hands are inserted into the air stream. That would make sense, less space for the air so air speeds up and turbulence increases both of which have an effect on noise. What was unexpected was how significant a factor re the loudness of the hand dryer this effect was. 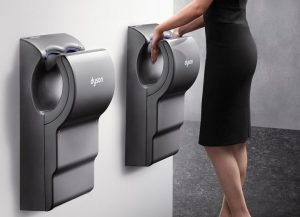 The Dyson Airblade AB 02 produced 90 decibels with hands in the airstream and 87 dBA without. The Xlerator emitted 97 dB when being used. The Xlerator XL-BW emitted 100 dB when hands were placed a typical 3-4 inches below the discharge nozzle. The sound pressure level dropped to 95 dB (a 30% reduction) when the hands were 10-12 inches below the discharge nozzle.  With no hands the sound level was 89 dB (about 50% quieter than when hands were being dried).

Sound decreases by 6 dB every time the distance is doubled.[1] In the survey hand dryer peak and average noise was measured with a sound level meter at 2.5 ft, 5 ft, and 10 ft from the dryer. However, noise measurements did not decrease as predicted by the inverse-square law, probably because of the reverberative surfaces found in toilets, making any noise issues even more acute.

Hand dryers on the decibel scale 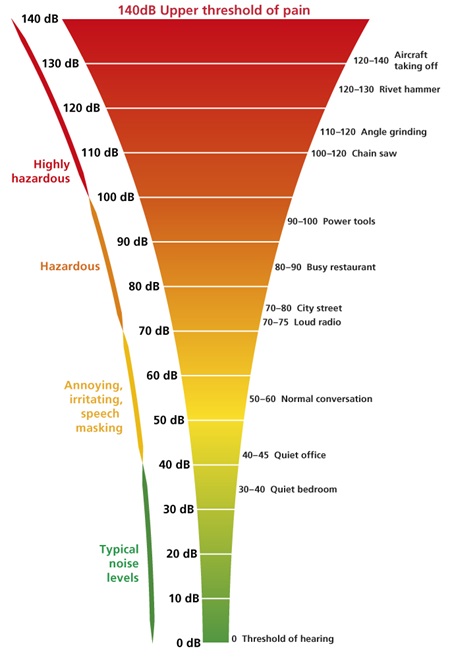 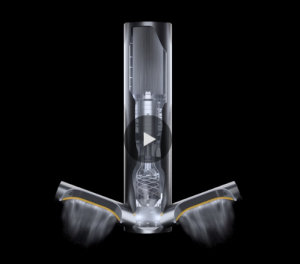 In 2015 the state of Oregon discussed whether to require all new or replacement dryers to operate at a noise level no louder than 84 dB, and the industry began to respond to the issue of noise.  The Airblade AB14 from Dyson was acoustically re-engineered to reduce noise and is 50% quieter than the earlier model, although it is still 81dB. Most of the quieter dryers still take longer to dry the hands but the Stell’Air hand dryer from the French manufacturer JVD has a noise level of 75 dB, and combines speed with energy efficiency drying hands in 10-15 seconds. The Dyson Airblade 9kJ is advertised as ‘the fastest most energy efficient HEPA-filtered hand dryer’. It has a dry time of 10-12 seconds and a noise level of 77dB in Eco mode[3] which means that it has been awarded the Quiet Mark certification by the Noise Abatement Society. Its slim format reduces air turbulence meaning less noise as well as less energy consumption. There are other quieter ones available too (albeit not as fast at drying the hands). Hopefully, architects, engineers and facilities managers will start to take noise levels into account when specifying hand dryers in future.

[1] The Inverse Square Law states that as the distance doubles, the dispersing of a single source spreads over four times the area becoming only ¼ of its intensity. Each factor of two in distance from the source leads to a decrease in intensity by a factor of four (a decrease of six decibels).

[2] NIOSH (the National Institute for Occupational Safety and Health) recommends that workers keep their noise exposure below 85 decibels for an 8-hour shift. At 100 decibels, NIOSH recommends less than 15 minutes exposure per day. Since nobody uses hand dryers for 15 minutes, the devices are not likely to cause permanent hearing damage, but even short exposures to loud noise can worsen tinnitus.

Can hand dryers damage your health?