I have a cousin who lives in Malmo and Suhith is a massive fan of the Scandi Noir series The Bridge so thought it would be a great idea to combine the two in a road trip to Sweden, which would, of course, necessitate driving over the afore mentioned bridge. And whilst obviously it wouldn’t be possible to actually shower on the bridge I could shower either side of it and report back.  Top idea!  So what happened? Well first I discovered that Tim didn’t actually live in Malmo after all. Though that wasn’t the deal breaker. It was (as with so much in 2020) the Covid restrictions. The trip is still on my bucket list and will hopefully happen next year but in the absence of any other burning shower blog this month thought I would blog about showering in Denmark and Sweden anyway.

If I had ever been asked about the difference between the two countries I would probably, lazily, have bracketed them as pretty similar since they are both Nordic countries. But actually that would be far from true. 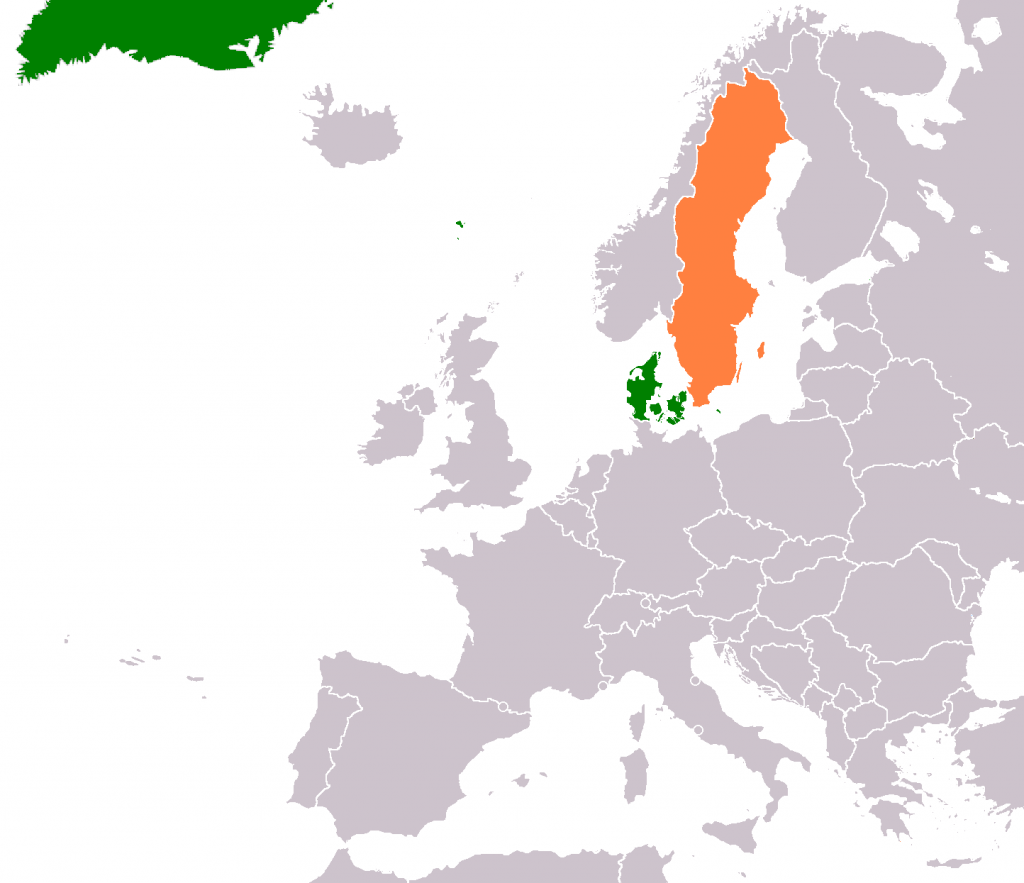 Firstly the size of the two countries is dramatically different. Sweden is over ten times as large as Denmark (450 km2 to 43 km2) and while its population is greater it is only by a factor of two (10.1 million v 5.5 million). This means a vast discrepancy in the density of population in the two countries. Sweden is 25 per km2 while Denmark is 135 per km2. [1]

Neither country is considered to be under water stress. Sweden has  17,556 m3 of fresh water per person per year. Denmark has 1,046 m3. 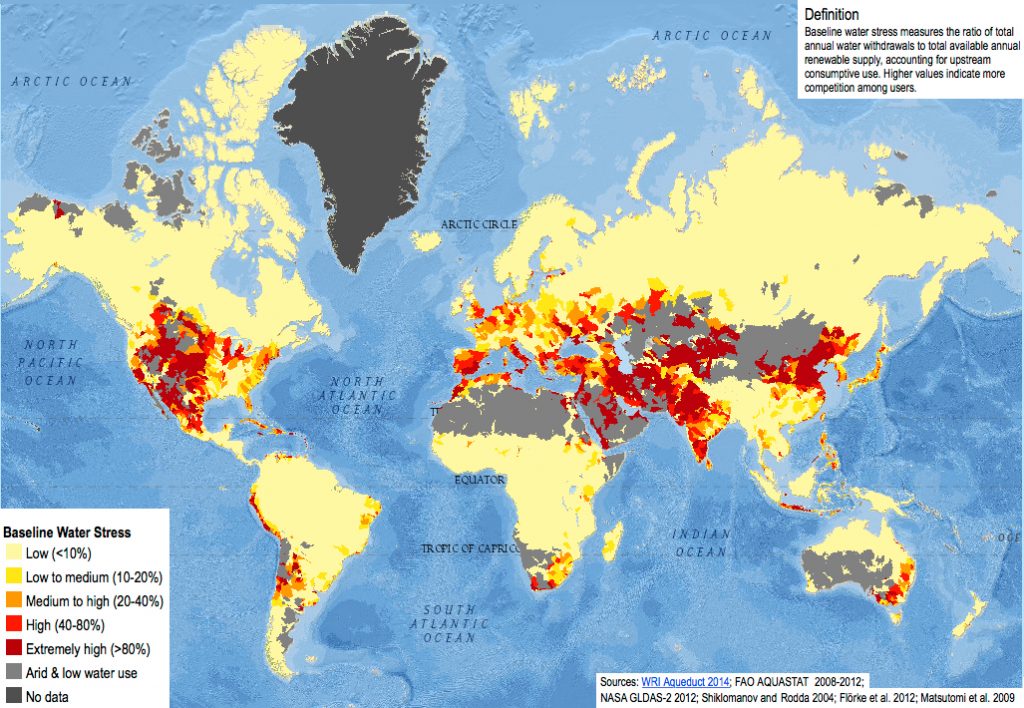 In Denmark approximately 800 million m3 of water are abstracted annually, 99% of which is from groundwater. Due to the high quality of the groundwater, only simple treatment – aeration, pH adjustment and filtration – is needed and tap water is not chlorinated.[2] There are some issues though. Many shallow aquifers suffer from groundwater pollution, especially from nitrates and pesticides (from agriculture) and over recent decades many waterworks have been closed, forced to drill deeper or have to buy their water from neighbouring water supplies. Groundwater recharge averages 100 mm per year, (varying between 50–350 mm) and some of the currently used groundwater resources are overexploited by up to 250%.

In Sweden surface water is the most common source of water (probably unsurprising given its 95,700 lakes comprising 9% of the surface area of the country). In 2015 the total fresh water abstraction was 2,444 million m3, 35% of which was for the public water supply.[3]  80% of the fresh water used was from surface water supplies and 13% from groundwater.[4] Good quality raw water from these water sources has made purification techniques in Sweden relatively simple.

Approximately 86 percent of the water consumed by households in Sweden is provided via public water networks. Where as in Denmark 60% is delivered by municipal utilities and the remainder by consumer’s co-operatives. In Denmark the supply network has a very low leakage rate at just 6%, whereas in Sweden leakage in the network was at 20% in 2000.

The average price of water in Sweden is 23 SEK (2.2 Euros), per m3. The average price of one m3 of water in Denmark is 63 DKK per m3 (8.5 Euros) almost four times as much! [5] That was an unexpected finding and it would be interesting to know how much of a knock on effect this has on the consumption averages of the two countries, which are also very different.

Average household water consumption in Denmark is now just 106 litres per person per day – the lowest pcc in Europe. How much price has affected the driving down of pcc in Denmark is unclear as there have been concerted campaigns since the 1980s to reduce water usage

At least I have a bit of insider knowledge re how the Swedes shower.

“Most Swedes I know shower every morning; teenagers quite often shower twice a day. In my family (two teenage children) once every two days is usual, more often in the summer (due to blueberry & raspberry stains). Showers tend to be long and hot after the first coffee of the morning (short consensus among workmates). I assume Brits still have a bath every Friday whether they need it or not…”

In the absence of knowing anyone in Denmark the best I could do was find on Google the fact that, on average, a Dane showers for 6.5 minutes, with 13% of all Danes showering for more than 10 minutes. The data shows that the younger the person is, the longer they shower and those living in big cities shower longer than those in rural areas.[7]

So there you have it. It’s ok but is all a bit dry without any road trip tales to counter the facts and figures. Or exciting camper van shots.

[2] Apart from the water supplied to Copenhagen which is chlorinated due to the length of the supply pipe network in the city.

[4] The remaining 7% could not be derived to either surface or groundwater.