What links Cairo, Oman, Gibraltar, Bolivia, Porto and the capital city Yangon in Myanmar with the Houses of Parliament in London? Unless you have really spent a lot of time doing pub quizzes during this Lock Down, then it is highly unlikely that your first thought for connecting these places would be poo. Though the title of this blog may have helped.

Perhaps you already know of the Great Stink of 1858 in London?  It was a result of the population of London growing, and though the city had around 200,000 cesspits and 360 sewers, they were not well looked after. The cesspits leaked methane gas (a by-product of rotting poo) which often caught fire and exploded.  Other sewage was left to flow gently downhill (as all liquids do), through drains into local tributaries, and into the Thames.  The idea being this all then heads out to sea on the tide, and no one needs to worry. Like water off a duck’s back, except when you have more sewage than water in the river.  Then the ducks aren’t happy! 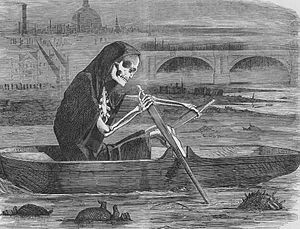 Which is what happened in 1858. The River Thames was so full of raw sewage that Parliament was suspended because the smell was too much to deal with when sitting in the Houses of Parliament (and the ducks were getting mutinous).  Sir Joseph Bazalgette was ordered to commence constructing a great network of sewers under London.  Which he did, to great success using pipes incorporated into the new Thames embankments on both sides of the river.  Perhaps a walk along Embankment does not seem so appealing now if you realise what is hidden just below your feet!  It is also how a number of rivers in London became “lost”, but that’s a story for another time.  The stinky problem was solved, the politicians could go back to work and a side benefit was that the people of London were now very unlikely to contract cholera – something that had caused over 30,000 deaths from 1830 to 1854.

Yet this new sewer system caused a new problem for the Houses of Parliament. If you have every visited Palace of Westminster, you will note how it is right up close to the Thames. Which meant that a new embankment at this point could not be built without knocking down the building. 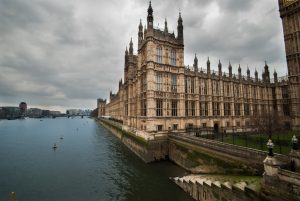 It also meant that the toilets installed in the building were in keeping with the rest of London’s sewer network, so everything flushed neatly straight into the Thames, as it conveniently flows right alongside.  Many 5 year olds can tell you that water runs downhill, though it can be concerning how often when working with water engineers this seems to be something they forget (I think Pip is referring to the water engineers here, not the 5 year olds! Ed).  This insistence of water to go with the flow resulted in an issue because Bazalgette’s super sewer was “uphill” of the outfall of the potties of the powerful. 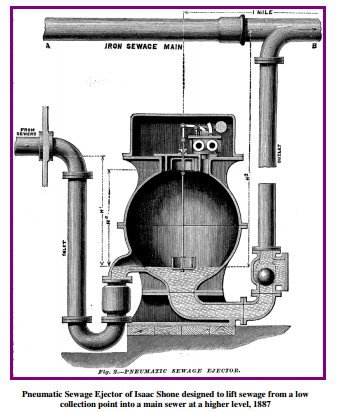 Thankfully though this was during the age of great invention, and the Victorian’s were not ones to be deterred by mere gravity.  Which is where The Shone Ejector came to be incorporated into the building. Designed by Isaac Shone (seems being named Isaac may give you an advantage in understanding gravity), this hydro –pneumatic sewage ejector collected sewage into a tank before using compressed air in periodic bursts to elevate the effluent upwards to a level above the passing flow of the main sewer. Installed in 1887, this is still how it works today. Using the same machinery – though of course with good maintenance and a few parts no doubt replaced over time.

This system was such a success in being able to make water “flow uphill” that engineers elsewhere took note, including Octavus Clark, Engineer to the Municipality of Rangoon (the name of Yangon during the time of British Colonial rule). This is why the perfectly flat city of Yangon shares the same sewer system as London’s Houses of Parliament.

How did I come to know about this?  Well I used to sit next to (when it was allowed) a great engineer who does remember which way water flows, and he has been working on upgrading the Yangon Sewer system. You can read more about it here.

The city of Yangon is getting a sewer upgrade, as is London with the Thames Tideway project.  However, perhaps the Houses of Parliament will continue to use its pneumatic poo system for a while longer.