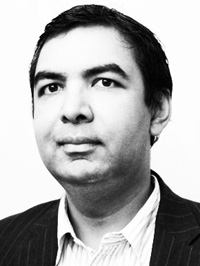 toilet facilities are a fundamental necessity. With a soaring population and a growing economy, India’s cities are struggling to supply water to their citizens. Ground water is being depleted by excessive commercial boring and water contamination is causing serious health
concerns. In this context, the supply of clean water becomes more critical than ever before. While new government programs address the uneven distribution of water networks, cities such as Delhi and Mumbai remain perilously short of the resource. Nationwide, 60 percent of households do not have access to clean water and approximately 65 percent of households do not have an indoor toilet.

Despite this scarcity, it is not uncommon to see luxury hotels in Delhi and Gurgaon with large swimming pools and guest rooms with private “plunge pools” – the ultimate private water feature for the spa-hungry traveller. Inspired by resorts in Bali and Thailand, the hotels are often designed by international architects who have little knowledge or concern for local resources. At the same time, the growing middle class has access to even a wider range of foreign toilet fixtures. Indeed, the bold look of Kohler is bringing in water guzzling fixtures to Indian bathrooms. High-end gated communities in Gurgaon have water delivered daily by water tankers which serve not only their residential needs but also extensive water fountains and landscaping. In sharp contrast, people living in nearby slums and shanty developments line up for hours to fill a bucket or two of water for their basic needs. Most water and sanitation related programs tend to focus on the poor. It is time the wealthy and the middle class also took a good look at their own rapacious attitude to resources.

I found I could minimise my water usage by some very simple changes. I use water supplied by the Municipal Corporation of Delhi. They supply water twice a day, at 6am and 6pm for 45 minutes at a time. I use an electrical motor to pump the water to the water tank on the roof once every few days, and then I do not have to worry about filling it up every day. I don’t have a bore-well like my neighbours who run their motors whenever they need water as if the groundwater was an endless reservoir of ready water. I use a medium-size bucket for bathing, and I find it takes about one and a half bucket, which is about 22 litres per day for a bath. I have a small dual flush cistern made by a local company which prides itself on its water efficiency. It replaced a bulky ceramic single flush cistern which I found very wasteful. I don’t have any fancy fittings or fixtures in my bathroom, and the tap in my sink runs slowly because of some plumbing problem. I don’t mind it, it works and I tend to use less water because of it. I wonder if everyone in my neighbourhood became more sensitive towards this water crisis how great that would be. Instead of building more and more, can we not make do what with we have?

Water use and mis-use in New Dehli – Kanu Agrawal, India